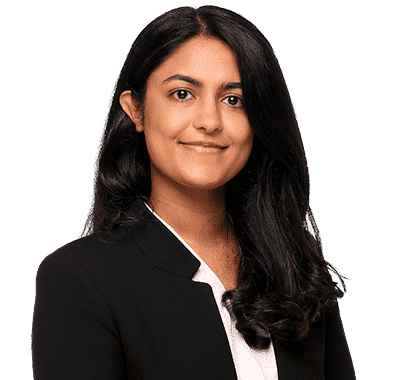 Ifsa joined Kings Chambers in October 2021, having completed her pupillage under the supervision of Sophie Allan and Richard Borrett.

Ifsa is building a practice in all areas of Court of Protection work, across both health and welfare and property and affairs cases, as well as matters involving the Mental Health Act 1983. She also accepts instructions in administrative and public law cases and abuse and human rights work.

Before joining chambers, Ifsa worked as a lawyer in the UK division of the European Court of Human Rights. In 2018-19, she was the Judicial Assistant to Lord Justice Irwin at the Court of Appeal where she assisted with cases on a range of public law and human rights issues.

Ifsa is on the GLD’s junior juniors panel.

Court of Protection and Mental Health

Ifsa is regularly instructed in a range of health and welfare cases including section 21A challenges and section 16 welfare applications. She accepts instructions from both local authorities and NHS Trusts as well as on behalf of P. She also has experience in property and affairs matters and has worked on cases concerning deputyships and testamentary capacity.

Ifsa accepts instructions on matters relating to the Mental Health Act 1983 and has acted for local authorities in section 29 applications concerning the displacement of a nearest relative.

During her pupillage, Ifsa gained experience in judicial review proceedings on a range of matters including the many iterations of the coronavirus regulations and the Care Act 2014. She has also written and contributed to a number of articles published in the Journal of Licencing on topics including the public sector equality duty and the recent review of weddings law by the Law Commission.

Ifsa has continued to build on her experience in human rights work during her pupillage. She has worked on matters relating to breaches of Article 5 rights, failure to remove cases, and human rights claims arising out of Care Act assessments.

2018-2019: Judicial Assistant to Lord Justice Irwin, Court of Appeal of England and Wales

2017: Legal Intern at the Trial Chamber of the Special Tribunal for Lebanon