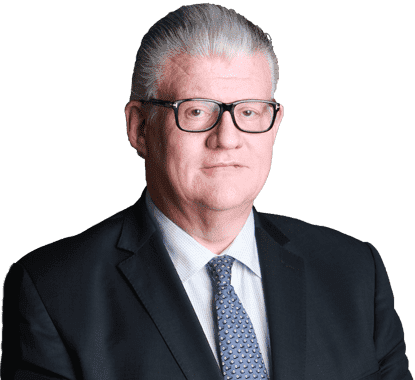 Marcus is a Silk with a practice focused on Civil and Commercial Litigation. He took Silk in 1999 and was one of the youngest Barristers in Ireland ever appointed to that position. He graduated in 1987 from King’s Inns in Dublin with the Degree of Barrister-at-Law and prior to commencing practice in Ireland, he worked with Cahill Gordon & Reindel LLP in New York City and with Cleary Gottlieb Steen & Hamilton LLP in Brussels and London. He is a fluent speaker of French and completed a period of training in Paris with the SCP Labbé Delaporte Avocats au Conseil d’Etat.

As a Member of the Inner Bar he has significant experience of Arbitration and Litigation in the areas of Commercial Insurance Law, Construction Law and Property ownership. He represents Respondents in a wide range of Professional Negligence claims and also represents Claimants in construction malpractice litigation.  He is regularly instructed to advise in company and shareholder disputes to include the protection of minority rights and derivative actions.

In addition to his work as an Advocate he has considerable experience of commercial Arbitration.  He is a member of Arbitration Ireland and is the sole nominated member for Ireland and England on the Claims and Litigation Management Alliance for the United States of America based in New York City.  Marcus is also a founding member of the British Irish Commercial Bar Association.   He became an accredited mediator in 2004 and has completed further training with The London School of Mediation. He is a member of the Bar of England & Wales, Ireland and Northern Ireland and his practice in Kings Chambers is exclusively in Arbitration and Mediation.