An Introduction To The Inquest Process with Irwin Mitchell

Together with Irwin Mitchell, we’re recreating an inquest hearing as a training tool, which will give you and your team valuable experience of coronial proceedings and what to expect.

The inquest will focus on the story of Samuel Burgess, a Private in the British Army who was involved in an on-duty road traffic accident in a remote area abroad. Due to decisions and circumstances, the medical evacuation and treatment Samuel Burgess receives is inadequate and he sadly passes away before he arrives at hospital.

You'll observe Barristers representing the interested parties to the Inquest to help you understand the way an inquest may unfold and the way in which witnesses and experts can be questioned.

After this, the Coroner will give their summary.

This will address the four key questions that inquests seek to answer:

The Coroner will also address the types of findings they can make.

Our event will be led by Kings Chambers who’ll role play as the Coroner and Barristers. The mock inquest scenario will be drawn from real-life cases. Between sessions, there’ll be information and Q&A sessions where you can ask questions.

During the event, you’ll learn:

The event will be followed by a drinks and canapé reception. 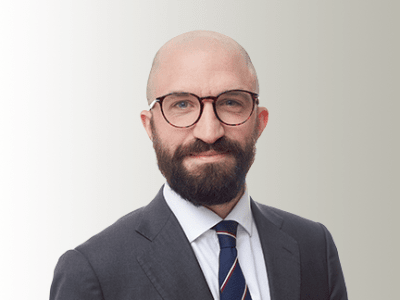 Sam practices in the fields of personal injury and clinical negligence. He specialises… FIND OUT MORE...