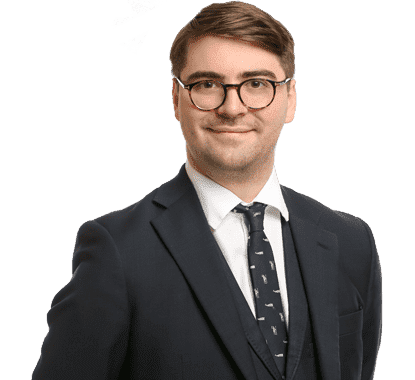 Piers Riley-Smith succeeds in resisting 500 dwelling and primary school development on highway grounds at a public inquiry on behalf of Parish Council.

On 25 November 2022, an appeal was dismissed by Inspector Boniface in respect of a proposal for 500 homes and a primary school near Tewkesbury. Piers Riley-Smith successfully acted as advocate for Bredon and Bredon’s Norton Parish Council as Rule 6 Party, instructed by Matthew McFeeley of Richard Buxton Solicitors.

The application had been refused by Wychavon District Council, but by the hearing of the appeal they had abandoned all but one of their Reasons for Refusal. The Parish Council contended that the proposal would be unacceptable in highway terms.

The Parish Council’s highway case primarily concerned various errors and inaccuracies within the Appellant’s Transport Assessment and Proof which cumulatively rendered the evidence base deficient and prevented the Inspector from being able to reach an informed judgment on the adverse effects of the proposal on the local highway network. This entitled the Inspector to refuse the proposal under paragraph 111 of the NPPF as established in Satnam Millenium Ltd v Secretary of State for Housing, Communities and Local Government [2019] EWHC 2631 (Admin).

The Inspector agreed with the Parish Council finding:

I do not consider that the transport assessment work takes a sufficiently precautionary or robust approach. The evidence provided is not sufficiently satisfactory to reach a fully informed conclusion about the severity of impacts on the local highway network and the transport assessment does not allow for the likely impacts of the proposal to be assessed. In this case, there is too much risk of a severe residual cumulative impact to rely on a transport assessment that is not comprehensive or fully robust. For this reason alone, the development is in conflict with the National Planning Policy Framework (the Framework) and planning permission should be refused.

The Decision has, at least, two practical ramifications. Firstly, it highlights the critical importance of highway matters at planning appeals. It is one of the few areas of national policy which justifies immediate refusal, and where Satnam supports Inspectors triggering refusal under 111 where evidence is simply insufficient (rather than expressly proving an unacceptable impact). Secondly, it highlights the potential danger of relying on a highway authority’s lack of objection. Here two highway authorities had accepted the Appellant’s evidence, but the Inspector found that they had not “properly grappled” nor “robustly considered” the Parish Council’s concerns.