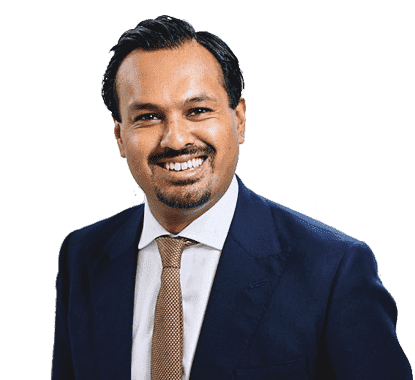 In a recent and ground-breaking of case of Re A (Covert Medication: Closed Proceedings) [2022] EWCOP 44, Mr Justice Poole, in the Court of Protection, considered and decided upon the necessity of closed proceeding and the use of covert medication. Sam Karim KC was instructed by the Official Solicitor.

(i)  A has a diagnoses of mild learning disability and Asperger’s syndrome, epilepsy, primary ovarian failure, and a vitamin D deficiency.

(ii)  A lacks capacity in relation to the conduct of this litigation and the decision- making referred to above.

(iii)  A’s primary ovarian failure had not been referred to or investigated by healthcare professionals and had remained untreated whilst she had been living with her mother. As a result A had not undergone puberty. She was aged 20 years 8 months at the time of the Judge’s first judgment. The Judge accepted expert evidence from Dr X, an endocrinologist who told the court that it was exceptionally unusual for a young woman with absent periods not to be brought to medical attention and that he had never had experience of a woman of A’s age having avoided investigation. The advised treatment was by way of hormone medication which was straightforward, guaranteed to succeed, and would transform A from a child to a woman. Without treatment she would have an “extremely bleak” prognosis with significant risks to her physical and mental health as set out in the judgments. The Judge recorded that Dr X became “quite emotional” giving evidence to the court, saying to the Judge that it was “unthinkable” that A should not receive the treatment and that it was the “basic human right of every girl to blossom into a woman”.

(iv) B had not sought any medical help or advice for her daughter’s ovarian failure. A consistently said that she was opposed to taking the medication but her reasons such as they were did not withstand scrutiny. The Judge found that A and B had an “enmeshed” relationship. A was home-schooled and isolated from the wider community. The Judge found that whilst B said that she would encourage A to take the medication for her primary ovarian failure, she had conspicuously failed to do so, and concluded that,

[84] I have listened very carefully to [A]. Whilst I accept that she is now saying that she accepts that treatment should be undertaken, I have no confidence that she will encourage or support [A] to take medication or keep hospital appointments. [B] continues to assert [A] has capacity, that it is [A’s] distrust of medical professionals arising from her admission to hospital in September 2017, which has prompted [B’s] own approach. [B] continues to reiterate that the doctors have lied to them and that a second opinion was required because she had no trust in Dr X or his team. [B] continues to say [A] can make up her own mind and her decisions should be respected.

[87] The advantages of undertaking the treatment are significant and fundamental. It is 100 percent effective without risk. It ensures a normal life expectancy and no death by a serious fracture or cardiovascular disease by 30 to 40 years of age. The disadvantage is that it is against [A’s] expressed wishes. However, I am not satisfied that she has been able to form an independent and informed opinion. It is difficult to see how it can be said not to be in [A’s] best interest for the treatment to be undertaken or any potential disadvantage to it being undertaken even if it is against [A’s] wishes.

[88] The prospect that [B] will in the future support her daughter and positively encourage her to engage with the treatment must be extremely limited. Sadly, it is difficult to reach any conclusion other than [B] would prefer [A] not to “grow up” for want of a better description, that she would prefer [A] to remain the same, dependent upon her mother, and isolated within her mother’s sphere without any outside influence or influences.”

(v) It was in A’s best interests to live at Placement A, apart from her mother, with restricted contact with her, and for her to receive treatment there for her epilepsy, primary ovarian failure, and vitamin D deficiency.

There were closed hearings between 2020 and 2022 to determine the Trust’s application for A to be covertly administered hormone treatment for her primary ovarian failure. No notice having been given to B or her legal representatives. B was not made a party to the application. At previous hearings, the previous Judge approved a covert medication plan in respect of the hormone treatment. A had been refusing such medication. Specific consideration was given at [39] as to the Court’s case management power to withhold certain information and to exclude persons from hearings.

“Under the covert medication plan A was to be offered her hormone treatment in tablet form each time a tablet was due but, if she refused it, it would be covertly administered to her. The plan would be known only to a limited number of healthcare professionals and carers. A did refuse to accept the hormone treatment and so covert medication began to be administered at the end of 2020. A has continued to refuse the treatment and so covert hormone treatment medication has continued since then. The plan has been reviewed by the court on a number of occasions since then, most recently by the Circuit Judge on 4 March 2022. Continued attempts have been made to engage A in education about her health, recently with some success. The continuation of the covert medication plan and attempts to encourage A to elect to accept the medication have also been given considerable attention by the Trust, the Local Authority and the relevant staff at placement A.”

As a result of the covert medication, A successfully achieved puberty. Given the physical changes, “….at any moment, A might inadvertently discover from someone else, that she must have covertly received hormone treatment. A casual comment by a carer or family member might cause the “penny to drop”” [32]

Sam Karim KC is a leading KC in the area of Court of Protection and has been at the forefront of developing cases in this jurisdiction since the MCA 2005. He is also the editor of Patterson & Karim on Judicial Review.