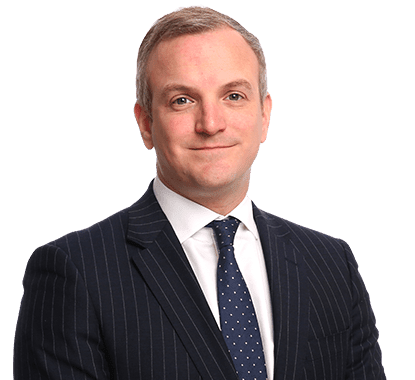 Kevin Latham, acting on behalf of the claimant in Doyle v M&D Foundations and Building Services Ltd [2022] EWCA CIV 927, has secured an important decision as to parties’ ability to contract out of the fixed costs regime.

The claimant was injured at work and brought a claim under the Pre-Action Protocol for Low Value Personal Injury (Employers’ Liability and Public Liability) Claims (“the Protocol”). The defendant disputed liability and the claim exited the portal, falling within the scope of Section IIIA of CPR Part 45. Proceedings were issued and in the week before trial the parties engaged in settlement negotiations.

Those negotiations started when the defendant made a Part 36 offer in the sum of £5,000. Had the claimant accepted that offer, the claimant’s entitlement to costs would undoubtedly have been governed by the fixed costs regime following the Court of Appeal’s decision in Adelekun v Ho [2019] EWCA Civ 1988.

However, the claimant did not accept the defendant’s offer, instead expressly rejecting the offer and proposing a Consent Order which provided for damages in the sum of £5,000 and in addition, an Order that “The defendant do pay the claimant’s costs, such costs to be the subject of detailed assessment if not agreed”. It was said that a consent Order was necessary pursuant to CPR r.36.13(4)(a).

The claimant prepared an ‘hourly rate’ bill to be assessed on a standard basis. The defendant disputed the standard basis claim for costs contending that the claim fell within Section IIIA of CPR Part 45 and that costs were fixed accordingly. The claimant’s reply contended that the parties had contracted out of fixed costs by the terms of the consent Order.

Following an unsuccessful appeal to Her Honour Judge Ingram, the defendant appealed to the Court of Appeal with permission granted by Stuart-Smith LJ, whereupon Phillips LJ (with whom Baker and Edis LJJ agreed) rejected the appeal, noting at [44] that: -

“In my judgment, and contrary to the appellant’s contention, there is no ambiguity whatsoever as to the natural and ordinary meaning of “subject to detailed assessment” in an agreement or order as to costs. The phrase is a technical term, the meaning and effect of which is expressly and extensively set out in the rules. It plainly denotes that the costs are to be assessed by the procedure in Part 47 on the standard basis (unless the agreement or order goes on to provide for the assessment to be on the indemnity basis). The phrase cannot be read as providing for an “assessment” of fixed costs pursuant to the provisions of Part 45 unless the context leads to the conclusion that the wrong terminology has been used (by the parties or by the Court) so that the phrase should be interpreted otherwise than according to its ordinary meaning”.

Distinguishing the decision in Ho, where the parties had signed an almost identical consent Order after Part 36 offer had been accepted, and noting the important role that the context in which the agreement was reached might play in the proper interpretation of a consent Order, Phillips LJ noted that: -

“[55] It was therefore clear that something had “gone wrong” with the wording used in the offer letter considered in Adelekun, justifying reading the term detailed assessment as applying to fixed costs, even though that reading was “not ideal”: see [31]. The fact that the parties clearly intended to make and accept a Part 36 offer meant that there were “other indications” that it was not intended to disapply the fixed cost regime by reference to an assessment on the conventional basis. It is apparent, however, that even in that context Males LJ took considerable persuading before concluding in the end that the intention to depart from the fixed costs regime indicated by the term “detailed assessment” was outweighed by other considerations. He pointed out that, if parties wish to settle on terms that fixed costs will be payable, it is easy enough to say so (see [43]).

[56] In the present case the agreement reached was not the result of the acceptance of a Part 36 offer: the parties’ intentions are not to be understood in that highly restrictive context and there is no inherent ambiguity in the reference to detailed assessment, internal inconsistency within the terms of the Order or other “indication” that detailed assessment did not bear the meaning ascribed to it under the rules.”

This is an important decision which underlines the importance of parties taking considerable care when reaching agreement as to costs in cases to which the fixed costs regime applies, and which may have application in a significant number of claims, both those already settled and those yet to reach a conclusion. Care will need to be taken in each case where a similar costs order is agreed, to consider the context in which the agreement was made, but in the majority of cases, it now appears that an order which provides for costs to be “subject to detailed assessment” – even without reference to that assessment being conducted on the standard basis – will result in the claimant ‘escaping’ the fixed costs regime.

Kevin Latham is a specialist Costs Counsel and Head of the Costs Team at Kings Chambers. He was instructed by Solicitor and former APIL President John McQuater and Rebecca Whitfield, Costs Lawyer, at Atherton Godfrey LLP (part of the Switalskis Group), and appeared at first instance, first appeal and in the Court of Appeal.