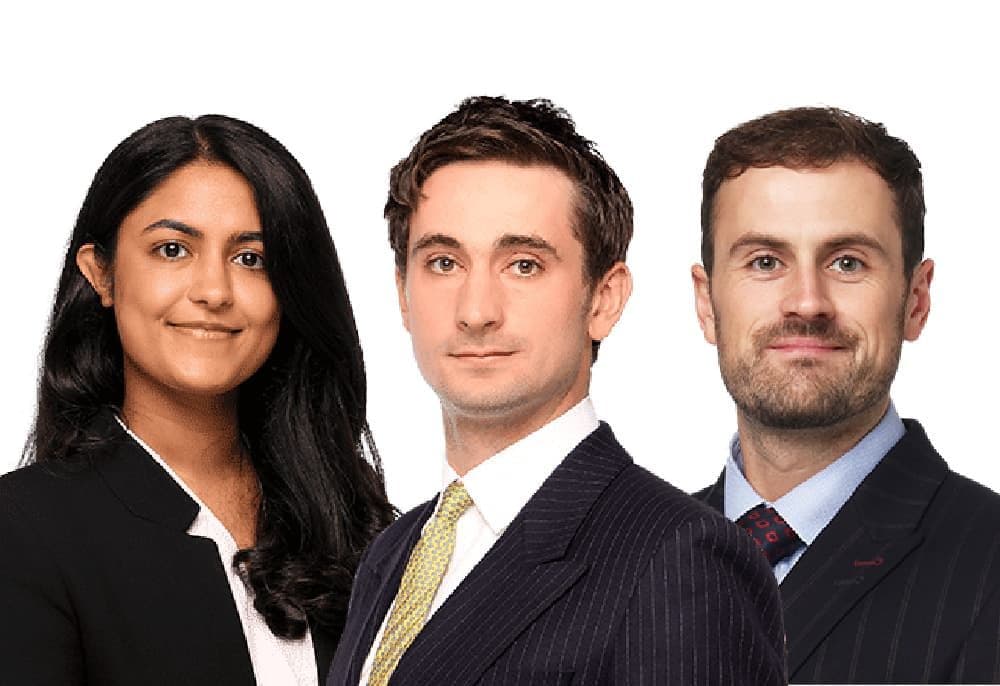 Following the successful completion of their respective pupillages, we are pleased to announce that Ifsa Mahmood, Ian Cooper and Matthew Baron have accepted offers of tenancy.

Ifsa, who becomes a member of the Public Law team, will specialise in all areas of Court of Protection work, across both health and welfare and property and affairs cases, as well as matters involving the Mental Health Act 1983. She also accepts instructions in administrative and public law cases and abuse and human rights work. Before joining chambers, Ifsa worked as a lawyer in the UK division of the European Court of Human Rights.

Ian, is a member of the Business & Property Team. Prior to joining Kings Chambers, Ian had a successful career in sports law, working in the commercial team at City Football Group (“CFG”), the parent company that owns Manchester City F.C. where he was responsible for the drafting of partnership heads of term agreements

Matthew is a member of our Personal injury and Clinical Negligence team and is based in our Leeds Chambers. Before coming to the Bar, Matthew studied Physics and Geology as an undergraduate and subsequently earned his Ph.D. in Earth Sciences and then his graduate diploma in law.

Head of Chambers, Paul Tucker QC, said “ We are delighted to welcome Ifsa, Ian and Matthew as tenants at Kings following their completion of pupillages. They are each highly talented and driven lawyers and more importantly well-grounded individuals who have coped with a COVID limited training year in exemplary fashion and who now have successful careers at the Bar ahead of them”.