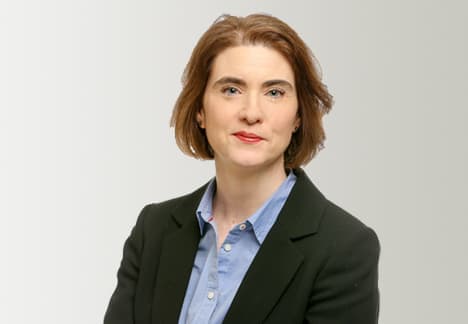 The Court of Appeal today handed down judgment in the case of Alta Fixsler, a girl of two and a half who sustained a catastrophic brain injury at the time of her birth.  Helen appeared in the Court of Appeal on 23 June this year and in the High Court before Mr Justice MacDonald at the substantive hearing in May.

The Hospital Trust had applied to the High Court under its inherent jurisdiction and under the Children Act 1989 for declarations that continued life-sustaining treatment was not in Alta's best interests.  The High Court heard detailed evidence from Alta's treating clinicians and medical expert witnesses, who were unanimous in their view that it was not in Alta's best interests to continue to receive life-sustaining treatment.  They considered that her life expectancy was very difficult to predict, but was probably somehere between 6 and 24 months.  The High Court also heard evidence from Alta's parents and their Rabbi: the family did not accept that Alta was in pain and stated that withdrawal of treatment was contrary to their religious beliefs.

The Court of Appeal rejected the appeal.

The judgment at first instance can be found here.

The Court of Appeal judgment can be found here.

Helen was instructed by Morris Hill of Weightmans LLP.