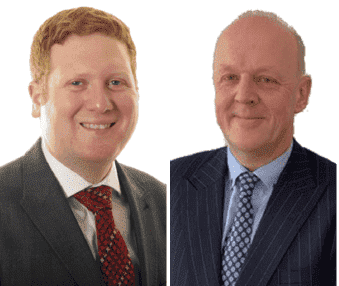 The Court of Appeal has handed down judgment in the case of Morris Homes Ltd & Ors v Cheshire West and Chester Council [2020] EWCA Civ 1516, a dispute about contractual interpretation in the specific context of planning obligations. Barristers from Kings Chambers appeared on both sides, with Wilson Horne acting for the Appellant consortium of developers, and Jonathan Wright representing the Respondent local authority. The case was heard by video link before Lord Justice Singh, Lord Justice Baker, and Lady Justice Simler.

The appeal related to a substantial housing development in Cheshire, with 1,200 homes due to be constructed. The developers and the local authority had entered into an agreement pursuant to s.106 Town and Country Planning Act 1990; this required the developers to pay a portion of their profits to the local authority, as a contribution towards affordable housing and education. Schedule 5 of the agreement contained a detailed mechanism for how the profits should be calculated and distributed. The parties disagreed about how that mechanism should apply in practice.

Jonathan Wright, acting for the local authority, argued that on a proper interpretation of the s.106 agreement, all the revenue generated by the development should be taken into account. Wilson Horne, representing the consortium of developers, contended that some categories of income should be left out of the calculation, reducing the amount payable. After a hard-fought trial in the High Court at first instance (in which Jonathan and Wilson also acted for their respective clients), the dispute was ultimately resolved by the Court of Appeal, which found in favour of the local authority on the question of contractual interpretation but sided with the developers on a secondary argument involving the doctrine of estoppel by convention.

The case is a good example of a dispute involving a crossover between commercial litigation, property law, and planning law. With a growing number of counsel whose experience and expertise straddles these fields, Kings Chambers is perfectly placed to represent clients at the highest level.

The judgment can be found on BAILII at https://www.bailii.org/ew/cases/EWCA/Civ/2020/1516.html