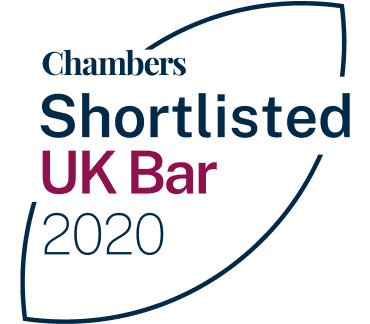 Currently ranked as a leading set in 21 practice areas, more than any other set nationwide, and quoted as being ‘… standout set on the Northern, North Eastern and Midlands circuits, and is considered the first port of call for leading solicitor firms across these regions’
Head of Chambers Paul Tucker QC commented ““We are delighted to be nominated again for this award by chambers UK.  It is testament to the hard work and endeavours of all members and staff that we are consistently regarded as one of the nation’s leading chambers”.

The 2020 Chambers Bar Awards will be held virtually on Thursday, 19 November 2020. Further details can be found here