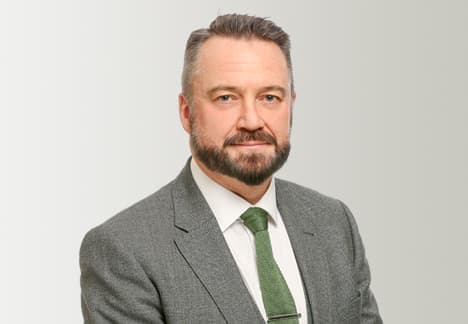 Plumtree Country Park Limited applied for a certificate of lawfulness for a proposed use for the stationing of mobile homes on land for residential purposes.  The applicant relied upon a certificate of lawfulness granted in 2006 that stated the lawful use of the land was as a “caravan and camping site, with associated amenity land”, arguing that a proper interpretation of that certificate, applying a natural and ordinary mean to the words, as well as making reference to relevant statutory definitions, allowed for permanent mobile homes for residential purposes.  Breckland DC, the local planning authority refused the certificate, believing the 2006 certificate only provided for touring caravans and tents for holiday purposes, such limitations flowing from their consideration of both the documentation relied upon in 2006 to obtain the certificate and the subsequent use of the land.

The local planning authority brought a statutory review in the Planning Court, being granted permission at an oral hearing before Lieven J, the substantive hearing being heard before Lang J.

Following two days of submissions, Lang J dismissed the challenge by the local planning authority.  In a very useful judgement for those involved with park home sites, the court found that there was no ambiguity in the phrase “caravan and camping site”, which should be reading in a normal and ordinary way, applying common-sense to mean that the land can be used for caravans only, tents only or both, the type of caravan not being restricted provided it satisfies the statutory definition.  The court went on to state that the use of the word “and” in the certificate allows for both caravans and tents and one is not restricted, or qualified, by the other.

The court held that the familiar interpretative principles applicable to planning permissions can apply to lawful development certificates, where genuine ambiguity is found, but emphasised the “extreme caution” exercised by the courts in allowing extrinsic material to be used for interpretative purposes, and further applied a note of caution in respect of lawful development certificates as to reliance upon informal and unsubstantiated documents such as letters and representations from third parties, which should not fall within the ambit of extrinsic documentation that can form part of the interpretative process.  The court confirmed the principles approved in Broxbourne Borough Council v SSE (1980) QB 1 remarking that the circumstances of the present challenge were very similar to those in Broxbourne, with the attempt by the local planning authority trying to import significant limitations into a historic lawful development certificate being impermissible.

This is an important case in respect of the applicability of the familiar interpretative principles of planning permissions to lawful development certificates.  The court found that, in principle, those provisions apply to lawful development certificates, subject to there being a genuine ambiguity in the certificate rather than a mere disagreement over interpretation, although considerable caution should be applied in determining what can properly be considered to amount to extrinsic material that can be taken into account, more so than when considering a planning permissions.

The case is a further reminder of the salutary lesson spoken of by Goff J in Broxbourne Borough Council of the need for local planning authorities to exercise care when granting lawful development certificates.

The appeal decision can be found here and the written judgment will be available shortly.