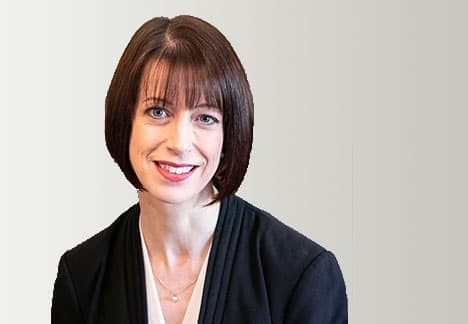 In December 2019, Sarah Clover represented a licensed live music venue in the Jewellery Quarter in Birmingham and used the Agent of Change principle to resist the conversion of the office block next door into residential development.   The Council had historically confirmed prior approval for permitted development from office to residential at this site prior to 2016; at a time before the changes to PD required assessment of noise impact. The developer failed to implement in time and was required to seek prior approval again, post the Town and Country Planning (General Permitted Development) (England) (Amendment) Order 2016.  Local planning authorities were given the power under the Amendment Order 2016 to consider noise impacts concerning any permitted development.

When the developer re-applied, the Council refused prior approval, and the developer appealed.  1000 Trades, the operator for the adjacent jazz bar obtained Rule 6 party status and instructed Sarah Clover to resist the appeal under the Agent of Change principle.

At appeal, the developer claimed that their proposed mitigation works would protect their future residents, as well as the operation of the local licensed businesses. They claimed that the sound insulation would be adequate, and that, although the windows to the flats were intended to be openable, that residents would be sensible and keep them closed during times of high noise output from their musical neighbours.

The Inspector disagreed. In his Decision Letter, he stated:

“The mitigation proposed is compromised by its reliance on the actions of a third party, namely the future occupiers, which is beyond the control of either the appellant (the developer seeking to build the flats) or the Council, and, consequently, the proposal would not suitably address the effect of noise from nearby commercial premises on the future occupiers of the proposed development”.

This was entirely in line with the representations made on behalf of 1000 Trades’ Venue when they stated:

“It is impossible to imagine a more catastrophic impact upon our business than moving from being the home of events like Birmingham Jazz to closure. 1000 Trades is at risk of this outcome if the noise mitigation measures proposed in this appeal – a risk that we feel abstract modelling undertaken by consultants cannot adequately mitigate, given the propensity for ‘real world’ factors to intervene.

Central to these ‘real world’ factors are how noise would have been experienced by occupants of the flats. If the planning system had allowed the flats to go ahead, 1000 Trades would have faced the perpetual risk of noise complaints, potentially leading to our licence being revoked and our business ceasing.

Therefore, while planning and licensing are distinct regulatory regimes, the crossover between the two is integral to this issue, especially from the perspective of 1000 Trades. This crossover is involved, for example, with the Agent of Change principle, as set out in the National Planning Policy Framework in July 2018. This has significant ramifications for Licensing Authorities and practitioners, which they continue to absorb”.

On the growing crossover between planning and licensing regimes, Sarah Clover stated:

“One clear outcome for all practitioners is that it becomes less and less viable to administer either regime in a watertight compartment. A working understanding of the mirror regime becomes more important all the time for regulators, and for those within the industry. Such an understanding, leading to early effective action at the decision-making stages has the potential to save significant resources, including for enforcement,  further down the line, and this is an evolving reality that developers, operators and councils cannot afford to ignore”.