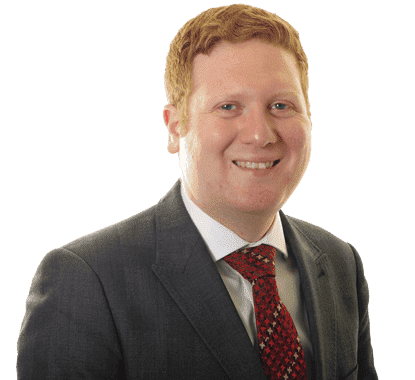 The judgment of Marcus Smith J in the case of Scott-Hake v Frost [2020] EWHC 3677 (Ch) has just been published. The case explores new territory in the field of insolvent partnerships. Kings Chambers’ Jonathan Wright represented the partnership liquidators, who were Respondents to an appeal before the High Court. King's barrister Douglas Cochran was also involved in proceedings, having represented the liquidators at first instance.

In this case, a partnership operating a hotel was being wound up under the Insolvent Partnerships Order 1994. The Order allows partnerships to be wound up as if they were unregistered companies, with the court adapting the Insolvency Act 1986 to fit.

Although the partners were personally liable for partnership debts, they were protected by s.228 Insolvency Act 1986 (when read in conjunction with the Insolvent Partnerships Order 1994) and could not be pursued directly by creditors. The liquidators took the view that the partners were contributories, and made a call on them, using the procedure in r.7.86 to 7.91 Insolvency (England and Wales) Rules 2016. This resulted an order for the partners to pay a substantial amount into the liquidation, which included a contribution to the costs and expenses of the liquidation as well as the partnership debts proper.

On the partners’ appeal to the High Court, Marcus Smith J had to consider whether the provisions of r.7.86 to 7.91 applied to insolvent partnerships, and if so, how they should be adapted. The Appellant partners contended that they were not contributories at all and that the rules in question were never meant to be cross-applied from companies to partnerships. The rules lay down a two-stage procedure: (i) the liquidators apply to the court without notice and obtain permission to make the call in a specified sum; (ii) having done so, they apply on-notice for an order enforcing the call. The procedure does not include any obvious opportunity for the contributories to challenge the sum demanded – and notably, the sum ordered by the court is deemed to be conclusive, under s.152(1) Insolvency Act 1986. The procedure is understandable in the case of a company, where shareholders’ liability to contribute is well defined, but the Appellants argued that it was problematic when adapted for use against partners with unlimited liability. As such, they contended that the provisions were simply not intended to apply to insolvent partnerships.

Surprisingly, there was no prior case law on the subject, and Marcus Smith J had to construe the legislation from first principles. He concluded that the partners were contributories, and that the liquidators were entitled to make the call (paras 33-36). He found that the call could include not just the partnership debts proper, but also the costs and expenses of the winding-up (paras 44-45).

The judge then explained the procedure for making a call (para 50 onwards). This required some substantial clarification, in order to make the provisions work. Crucially, the judge was able to explain where and how the partners are entitled to challenge the sum demanded (paras 66-67 and 75)  – this is at the second stage of the procedure, on notice, when the court is being asked to make an order for enforcement. The judge reached this conclusion by finding that s.150 Insolvency Act 1986 (the underlying power to make a call) is not exercised at all at the original, without-notice hearing, but only when the court makes its second order, for enforcement. The effect of s.152(1), which is to make the amount of the call conclusive, only applies after that second hearing.

The decision clarifies a previously unexplored area of insolvency law. It will prove a useful tool for partnership liquidators to recover funds for creditors, whilst at the same time ensuring that safeguards are in place to protect partners.

(Note that, whilst the hearing date was 30 January 2020, the written judgment was only published in January 2021.)