Our abuse and human rights claims barristers are also experts in the linked areas of personal injury, clinical negligence, family law, court of protection, community care, public law, military claims and inquests. Many of the cases in which they act cross over into a number of these areas.

Our barristers are regularly instructed to act for children and vulnerable adults via the official solicitor, in claims against local authorities, including ‘failure to remove’ and HRA claims.

Kings Chambers’ barristers act for Claimants and Defendants in recent/historical sexual abuse and assault claims. Our barristers can advise on the most sensitive of cases, and on the difficult issues of limitation, consent, and quantification of loss that arise.

We have experience of:

Our barristers have significant experience in bringing failure to remove claims against local authorities, particularly following the Supreme Court decision in GN v Poole.  We have had the privilege of delivering a seminar, alongside solicitor colleagues at a leading law firm, to the Official Solicitor on this topic.

Because of our Human Rights expertise, we can advise on the inclusion of s.8 HRA claims within failure to remove cases.

Our barristers are regularly instructed to bring and defend claims against local authorities and other state bodies, for breaches of the ECHR, under s.8 Human Rights Act 1998.

These cases draw in members from the Personal Injury and the Public Law Team. Sam Karim QC, is ranked Band 1 by Chambers and Partners for his experience in Civil Liberties and Human Rights, and appeared in AP [2019] EWHC 65 (QB) concerning limitation in s.8 cases.

The expertise we have in Court of Protection and Community Care cases gives counsel at Kings a deep understanding of the complex issues that arise in HRA claims.

The procedure, assessment of liability and quantification of damages in HRA claims requires specialist expertise and our barristers are able to give clear, straightforward advice in the most complex cases.

We have advised and acted on cases including: 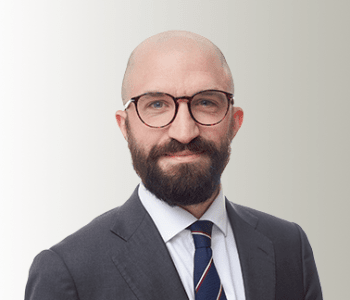 Director of clerking and chief clerk to Personal Injury, Clinical Negligence and Healthcare, Court of Protection and Costs