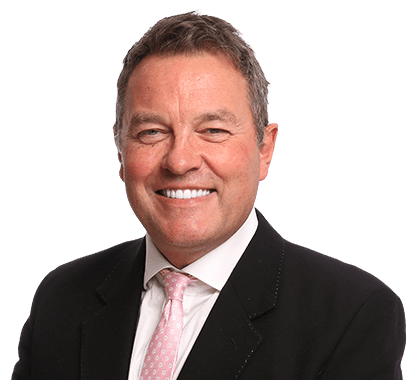 Louis Doyle KC is a commercial silk with a particular expertise and reputation and extensive experience in insolvency and insolvency-related work, the latter commonly involving commercial claims litigated under the procedural umbrella of a formal insolvency.

Louis works on both the corporate and personal sides for office-holders, creditors (private and institutional), shareholders and other stakeholders. He has appeared in about forty reported insolvency cases and is named as a leading practitioner across insolvency/restructuring, commercial dispute resolution and chancery in both Chambers & Partners and the Legal 500, as he has been variously since 1999. According to one plaudit, “He is fantastic on his feet and has a very keen sense of how to pitch cases with judges and with opponents; he is well read, technically excellent and clients love him”.

Louis’s practice also encompasses company law, credit and security, financial litigation and interim remedies, including injunctions and summary judgment, director disqualification and public interest petition work (Attorney General panel member, 2001-2007). Alongside the litigation in which he engages, Louis’s practice also extends to non-contentious drafting and advisory work, including an increasing role in assisting and advising, either alone or as part of a team, in the planning and structuring of high-value transactions or assessing the legal risks in proposed investments, most recently a profit participation agreement for investment to be used in procuring a US$30m credit line guaranteed by the US government.

Since its first publication in 2005, Louis has co-authored what is now Doyle, Keay & Curl’s Annotated Insolvency Legislation (10th edn, 2022, LexisNexis) (with Professor Andrew Keay and Joseph Curl KC of 9, Stone Buildings, Lincoln’s Inn where Louis is also a door-tenant). He is also a contributing editor to the leading looseleaf, Gore-Browne on Companies (LexisNexis). Over lockdown, Louis established and now edits the bi-monthly journal, Kings Insolvency. (To be added to Chambers’ free distribution database or to obtain past editions, simply email info@kingschambers.com). He has lectured widely to professional audiences on his areas of interest and has undertaken pro bono work throughout his career at the Bar.

Louis has acted for clients from a very wide range of backgrounds, sometimes in very challenging circumstances. As a leader, he encourages team involvement and role delegation. Louis’s preferred approach is an early-stage identification of a client’s aims and outcomes together with an objectively realistic evaluation of merits and risk. Louis is enthusiastic in appropriate cases about mediation and ADR, of which he has extensive experience. He is also interested in innovative case funding ideas.

Louis was born in Liverpool into a working-class family. He is married and has six children. He qualified as a solicitor in 1994 before being called to the Bar in 1996 and joining what is now Kings Chambers in 1999. For many years he served as an officer in the Army’s reserve parachute battalion. In 2017 he founded and headed up Kings Chambers Wellbeing. His interests include fitness, music, literature, The Cormac McCarthy Society and Liverpool Football Club.

Over the last thirty years Louis has published various articles in refereed and academic journals on all aspects of insolvency, as well as commercial law issues as diverse as the legal regulation of investment by trustees (Trust Law International), the legal status of contracts for diﬀerence and derivatives (New Law Journal), common law and statutory liability for public oﬀering documents (The Company Lawyer) and the independence requirements for trustees of pension schemes on scheme failure (Company & Insolvency Review). Some of his work is cited in leading textbooks.

Previously a member of the editorial board of Insolvency Intelligence and The Insolvency Lawyer.

Admitted as a solicitor in 1994

"Louis is very commercial, really easy to use and on top of the papers. He also grasps concepts quickly."

"He's a fantastic advocate and he knows his onions in anything insolvency-related."

"Louis is fantastic to work with. He makes the complex simple and is approachable and very down to earth, putting instructing solicitors immediately at ease. Combined with that, his ability to dissect an argument and an opaque suite of seemingly impenetrable documentation is second to none."

"A wonderful barrister." "Clear and strong with clients." "He is a very good advocate."

"Louis has a remarkable emotional intelligence and ability to connect and communicate with clients from all walks of life, his advocacy is superlative and he can be relied upon to consider and advise upon all aspects of a case."

"Incredibly knowledgeable and commercial. Great in front of clients and always comes across totally professional."

"He is very proactive and exceptionally good with clients." "He is a very slick advocate."

"A very approachable barrister - he is great with clients and can explain complex legal matters in a simple way." "Very good on paper and has an excellent presence in court."

"He is extremely strong commercially, excellent at understanding the solicitor and client objectives and needs, also displays a great depth of technical knowledge and understanding"

"He is clear of thought and provides concise advice."

"He is very accessible and always really helpful. If it's a tricky contentious insolvency case, Louis is a go-to." "He doesn't sit on the fence and gives very robust opinions. He presents his client's case in the strongest way possible."

"He is a leading practitioner for insolvency-related chancery work." "He has a very relaxed advocacy style which is very effective and he backs that with fabulous intellectual knowledge."

Chambers UK 2018
"Particularly good on contentious matters, he is well known and respected in the industry."
"He is a very intelligent guy with a good knack for looking at cases from new angles." "He has an excellent range of experience, provides commercially sound advice and represents good value for money."

Chambers UK 2017
"I rate his advocacy skills and technical knowledge very highly." "Both clients and judges seem to absolutely love him."

Chambers UK 2016
"A well-known and very well-regarded barrister, strong on insolvency issues."
"He is an excellent, well-informed counsel. He's a pleasure to instruct."

Download Full Profile
View Privacy Policy
"He is an exceptional barrister. His knowledge is second to none, he always gets the job done to a high standard and he's a safe pair of hands."
Chambers UK
"He is a very intelligent guy with a good knack for looking at cases from new angles." "He has an excellent range of experience, provides commercially sound advice and represents good value for money."
Chambers UK

In an ex tempore judgment delivered on 25 Feb 2020 in the High Court in Manchester, HHJ Halliwell granted leave, subject to compliance with conditions, to three directors…