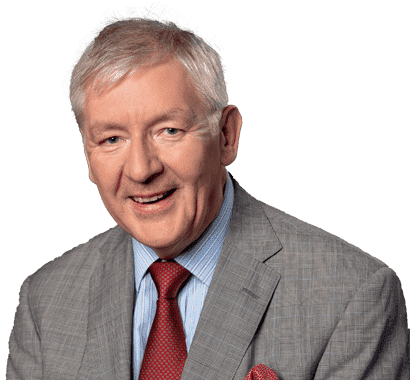 Is one of the most sought after personal injury silks in the country. He is consistently top-ranked by the two main legal directories. He also practices in cross border claims of all kinds and has an unrivalled list of connections across the United States reflecting his long time involvement at the heart of the American Bar Association. A former leader of the European Circuit he also has real expertise in EU Law, conflicts of law and comparative law. Many of his cases have an international dimension.

Although much of his work in Silk has involved catastrophic personal injury and the most serious claims of clinical negligence he accepts instructions across the common law and commercial fields particularly where issues of conflicts of law or cross border issues arise. He is widely praised not only for his legal acumen and advocacy but his client handling skills and good judgment.

He also continues to accept instructions in Employment in which he has had long experience across the range of claims and is currently instructed in a very significant case involving disability discrimination by a Bank.

Gerard has acted in the following cases:

"He turns complex issues into workable solutions. He is a fierce advocate and a master of tactics."

"Gerard is a remarkable silk."

"He provides sophisticated, practical advice and is a giant in the industry."

‘Gerard’s client skills are second to none. He is able to to connect with clients who have sustained the most catastrophic injuries with genuine empathy. Gerard can diffuse the most difficult situations with ease and his longstanding relationships with opponents are invaluable.’

"You can trust his judgement completely and know that when he comes to a conclusion it is backed up by logic and experience. He is also excellent with people." "A fierce negotiator."

"Gerard is a fierce negotiator who is happy to walk away from the negotiations without a deal if that is not in the best interests of his client."

"Gerard is my go-to silk for catastrophic injury cases. He leads on domestic and international injury (including medical negligence) cases with aplomb. His client handling skills are second to none. He has a real empathy for and understanding of the consequences of life changing injuries."

Visible in complex, high-value cross-border claims relating to RTAs and outdoor pursuits, often dealing with claims concerning catastrophic brain and spinal injury. He is highlighted for his understanding of Rome II, and advises on quantum and applicable law issues both in Europe and further afield.
"He's excellent with seriously injured clients; he puts them at ease, explains things in a clear language they will understand and is very reassuring." "He is excellent on his feet and really insightful."
Recent work: Instructed in a case concerning a parachutist who was injured in California on a trip organised by officer cadets. The case involved issues as to supervision, systemic failures and the vicarious liability of the MoD.

Download Full Profile
View Privacy Policy
"Gerard is the epitome of an excellent barrister: he's a good advocate, good on paper, excellent with clients and very accessible." "He is exceptionally strong in his handling of foreign claims."
Chambers and Partners
"His client handling skills are second to none and is the go to Leader for travel law claims"
Legal 500

Gerard McDermott QC, Kings Chambers‘ latest member will fly to New York next week to moderate a Seminar on A Global View of Litigation Funding as part of the ABA Litigation…

We are delighted to announce that pre-eminent silk, Gerard McDermott QC has joined Kings Chambers.