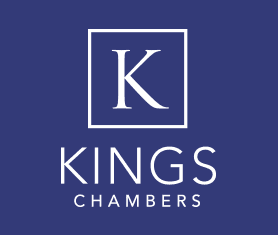 Chris Katkowski QC specialises in planning work in the main either preparing for and appearing at planning inquiries or acting in judicial reviews of planning decisions. The majority of his clients are from the private and corporate sectors together with a number of local planning authorities. Prior to taking silk Chris was a member of what is now the “A” Panel of Treasury Counsel as a result of which he has appeared in many court cases and continues to do so.

Chris is consistently recognised in UK legal directories and in Planning magazine’s annual survey of planning lawyers as one of the foremost leaders in planning work in the country.

Chris has topped Planning magazine's annual survey as the No. 1 planning QC a record 11 times. More than anyone else in the history of the survey. The 2021 survey describes Chris as: "A legend of the bar" listing him as the highest rated practitioner for commercial work.

Chris’ eye-catching successes have changed the face of London.

In his book “The Shard” Howard Watson reports that the late “Irvine Sellar said…”I’m a genius at picking geniuses:… the best QC in Christopher Katkowski.” “As a tough and critical man with extraordinarily high expectations of others, Sellar rarely hands out compliments, but his view of Christopher Katkowski remains undimmed by time: he describes the QC’s closing as “poetry”. During the lengthy inquiry the Queens’s Counsel himself was the pivotal figure in carrying the arguments in favour of the scheme. The transcripts reveal Katkowski’s point-by-point dismantling of the counter-arguments and several masterstrokes.” In his book “Leading from the Front” Gerald Ronson describes Chris as “a brilliant QC” having won the inquiry for the Heron Tower in the City. Chris’ caseload is diverse. As Planning Magazine says “he has seen it all [and] done it all”.

Chris was appointed by the DCLG as an advisor to the Local Plans Expert Group in 2016 and by MHCLG as an advisor to the Rosewell Review in 2018; he was a keynote speaker at the Planning Inspectorate’s Annual Training Event in 2018. Chris was the planning lawyer appointed by the Government to the Task Force which drew up the proposals for sweeping changes to the planning system set out in the Planning for the Future White Paper published by the Government in August 2020. Chris is down to earth and approachable and enjoys team working. He must be the only planning QC to have been awarded a gold disc (by MTV to celebrate the successful planning appeal for a new studio). His cases have appeared in episodes of the Archers and Judge John Deed.

"He commands respect in the court and inquiry rooms. He knows the planning legal system and how to present the arguments of a case inside out." "Christopher is an outstanding advocate."

"Universally regarded as a leading silk, .. a planning specialist with a remarkable track record of success at inquiry or in judicial review. Clients and peers, who speak warmly and at length of his creativity, sound judgement and concise advice, assert that he remains a leader at the Bar for complex planning cases. Incisive and experienced, he has the ability to get on with all stakeholders at an inquiry and he’s extremely accommodating, even when time is tight. A top player.”

The Legal 500 UK Bar Guide 2021 ranks Chris in the top tier of planning silks and says: “At planning inquiries, his reputation creates a sense of mystique…. There’s no snoozing when Chris is in the room or indeed when he is going to be in the room.”

Download Full Profile
View Privacy Policy
"He is always very approachable and down-to-earth. He is direct in his advice, and is a hard-hitting QC who is very popular."
Chambers UK
‘He has a knack for making complicated legal matters appear straightforward.’ ‘Brilliant with clients and skilled at straightening out complicated legal matters.’ ‘A highly accomplished advocate, who is excellent with clients.’
Legal 500