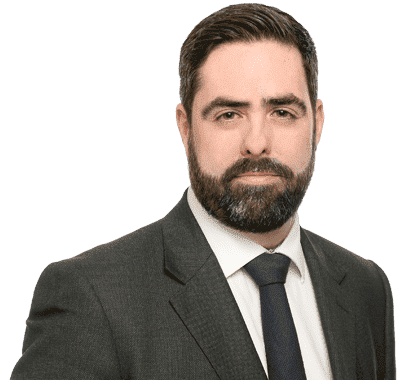 Steven is recognised as ‘one of the top sports law juniors in the UK’ (Legal 500), dealing with contractual and commercial disputes in this sector, as well as disciplinary and regulatory issues. He is noted as having ‘best knowledge of on-field disciplinary work and [as] a go-to in this area’ (Chambers UK) and for his ‘niche experience of handling employment disputes within the professional sports world’ (Legal 500). He regularly appears on his own against QCs or leading a multi-disciplinary team in complex disputes.

Steven is regularly instructed by players, clubs, agents, governing bodies, players’ unions, fans and sponsors across a wide variety of sports including football, rugby union and league, boxing, tennis and golf.  He has advised at all levels of sport and has acted for and against many high-profile participants and organisations including matters involving: the FA; the RFU; UK Sport; the Premier League; Manchester United FC; Manchester City FC; Chelsea FC; Liverpool FC; the LTA; Rotherham Titans RFC; Bradford Bulls RLFC; Toronto Wolfpack RLFC; Chester Racecourse; Archery GB; the PFA; the RLPA; the FSF; and many others.  He has also been instructed by high profile companies who wish to enter into commercial rights/sponsorship agreements with such organisations.

In addition to dealing with commercial and regulatory matters, Steven is also regularly instructed in cases relating to discrimination in sport.  He has experience in advising on the rights and obligations imposed on players, clubs and governing bodies by the Equality Act 2010 including appearing in a trial due to last 6 weeks where a participant claimed £120 million from a governing body.

Steven’s work also involves him representing participants before disciplinary and appeals panels, as well in court and at arbitration.  This includes Rule K arbitrations, the EFL Player Related Dispute Commission, the British Boxing Board of Control Regulation 24 arbitration and before the Court of Arbitration for Sport.  In recent times, Steven has been appointed by British Gymnastics, British Cycling and England Boxing to hear disciplinary/appeals panels, and is a member of the Sport Resolutions Panel of Arbitrators.

Reflective of his experience and expertise in the sector, Steven has been appointed a Visiting Sports Law Fellow at the Centre for Sports Law Research at Edge Hill University and is regularly invited to lecture on sports law LLMs at a variety of universities.

A summary of his work in different areas can be found below:

Steven is regularly instructed by sports agents who seek his assistance in the drafting of agency agreements to adequately protect their interests.  He also advises participants as to the legal implications of any agency agreement that they are planning to enter and represents both agents and participants in breach of contract/unpaid fee disputes. He has recently:

Steven is instructed by governing bodies, clubs and participants to assist in relation to anti-doping matters. This includes investigations, internal disciplinary proceedings and hearings before the National Anti-Doping Panel.

Steven also has experience of dealing with mechanical/electronic doping in cycling, having represented a cyclist who was accused of manipulating data to improve his access enhanced eRacing equipment.

Disciplinary and other internal proceedings

As well as representing clubs and participants who were subject to disciplinary action before a wide plethora of governing bodies (including, the FA, the RFU, the RFL and the PGA, Steven has also sat as a disciplinary officer for British Gymnastics, British Cycling and England Boxing.  He has represented participants seeking to overturn disciplinary sanctions through arbitral proceedings, and represented governing bodies before the Courts when resisting such challenges.  Recent cases include:

Steven has a great deal of experience of cases involving discrimination in a sporting context.  He represents participants at all levels, from those who are attending their first coaching session through to elite athletes who have suffered loss of funding or career damage because of discrimination.  He also advises service providers (e.g. clubs, governing bodies, venues) as to their duties under the Equality Act 2010.  Examples of his work include:

Agents, players and clubs regularly instruct Steven to consider issues surrounding employment/funding contracts.  He also provides guidance on legal issues that arise during transfers and representation in breach of contract claims.  Some of his recent cases include:

Sale and Purchase of Clubs/Sporting Venues

Given Steven’s commercial law background and sports sector experience, he is positioned to advise on issues relating to the sale and purchase of sports clubs and venues.  His work has included drafting an agreement for use in a £100 million deal.  Some of the work he has done includes:

Steven has a particular interest in sponsorship and image rights agreements.  He has been instructed by numerous agents, clubs, participants and sponsors to assist with the negotiating and drafting of such agreements and advise and represent them when such agreements breakdown.  Recent examples of his work in this area include:

Steven also offers his service as an arbitrator in sporting disputes.  This includes both sitting as a sole arbitrator or as a member of a panel. Steven has particular experience in arbitrations that involve contractual and employment issues in a sporting context, as well as challenges to the decisions of governing bodies. He is a member of the Sport Resolutions Panel of Arbitrators.

Steven’s work also involves him representing participants before disciplinary and appeals panels, as well in court and at arbitration.  This has included Rule K arbitration, the EFL Player Related Dispute Commission, the British Boxing Board of Control Regulation 24 arbitration and referrals to the Court of Arbitration for Sport.  In recent years Steven has been appointed by British Gymnastics, British Cycling and England Boxing to sit on their disciplinary/appeals panels.

Reflective of his experience and expertise in the sector, Steven has been appointed a Visiting Sports Law Fellow at the Centre for Sports Law Research at Edge Hill University and is regularly invited to lecture on sports law LLMs at a variety of universities.

British Association for Sport and Law