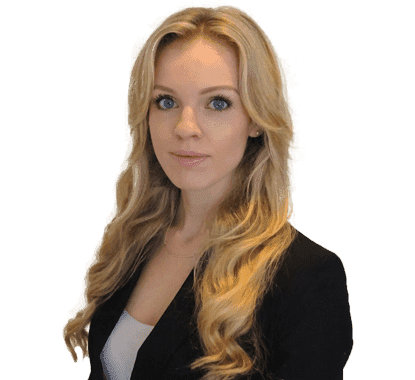 Sophie acts in a wide-range of health and welfare cases including Section 21A applications, Section 16 welfare applications and disputes arising from medical treatment issues. She is regularly instructed by the Official Solicitor, family members, local authorities, CCGs, health trusts and private care providers. Notably, Sophie has been credited for her contribution to Re A (Capacity: Social Media and Internet Use: Best Interests) [2019] EWCOP and Re B (Capacity: Social Media: Care and Contact) [2019] EWCOP 3

Sophie also accepts instructions in urgent applications for life saving medical treatment, non-urgent medical treatment and end of life withdrawal of medical treatment. This work has been complimented by the experience gained in clinical negligence and personal injury cases during her pupillage. Sophie recently appeared on behalf of P’s wife, alongside Sam Karim QC, in the reported case of Re KM [2021] 5 WLUK 89, arising from an application for withdrawal of life sustaining treatment.

Sophie regularly acts in applications seeking the appointment and removal of attorneys and deputies. She has appeared on behalf of P, lay and professional deputies, local authorities and the Office of the Public Guardian. Sophie also has a fast-growing practice advising in statutory will, trustee and gifting applications and is keen to support and encourage the regionalisation of work in this area.

Sophie accepts instructions in a range of Mental Health matters. Sophie has acted for detained patients, family members and local authorities in Nearest Relative Displacement Proceedings and has appeared before Mental Health Tribunals in hospitals across the North West.

Sophie represents families and other interested persons in a wide range of inquests. Whilst specialising in those involving issues under the Mental Health Act and Mental Capacity Act, Sophie has appeared in cases arising from deaths in healthcare and social care settings, as well as cases involving infant deaths and suicide.

Sophie has been instructed on behalf of vulnerable adults and public authorities in claims arising from failures to safeguard vulnerable and incapacitated adults and claims arising from Article 5 breaches, following failures to authorise and manage deprivations of liberty. She is able to advise on multiple issues including liability, causation, quantum and settlement negotiations.

Sophie has been involved with a number of public law challenges, including cases against the Criminal Cases Review Commission as well as advising on tax and education matters

Sophie accepts instructions in all areas of personal injury law including cases arising from road traffic accidents, as well as employers’ liability and public liability. She has represented both claimants at defendants at trial, assessment of damages hearings and application hearings. Her paperwork practice includes drafting pleadings and advices on both quantum and liability.

Sophie also has experience in CICA claims and appearing before the Criminal Injuries Compensation Tribunal.

We are delighted to announce that following a successful pupillage, Sophie Hurst has joined Kings Chambers