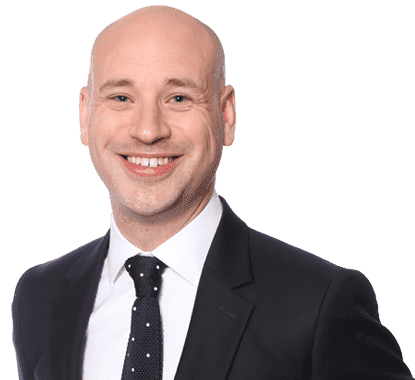 He regularly appears without a leader in cases against KCs. He is regarded as having a practice well beyond his call.

A claim pleaded in excess of £4 million where it was alleged that the Claimant suffered Post-Traumatic Stress Disorder and Somatoform Disorder when his petrol -soaked trousers ignited (led by Michael Rawlinson QC). The claim involved a complete destruction of earning capacity, a claim for 24-hour care and loss of capacity. The claim settled prior to the commencement of a 10-day High Court Trial.

A claim where the Claimant was rendered paraplegic when a balcony in her holiday villa collapsed (led by Michael Rawlinson QC). The claim settled prior to the commencement of an 8-day High Court Trial.

Acting for a road traffic insurer in defence of a head injury claim by an 18-year old student. The case settled for 10% of the pleaded value at a Joint Settlement Meeting (led by Michael Rawlinson QC).

Acting for a 21-year old music artist who suffered serious brain and multiple orthopaedic injuries following a road traffic accident (led by Nicholas Braslavsky QC). The claim settled prior to the commencement of a 10-day High Court Trial.

Acting for numerous Claimants and Defendants at Trial, CICA Appeals, JSMs and at interlocutory stage, in cases involving acquired brain injury. Many of these cases involve the loss of capacity.

Richard is instructed as Junior Counsel in the Aerotoxicity Litigation. The Claimants comprise pilots and cabin crew who have been allegedly exposed to partially pyrolised engine oil/hydraulic fluid containing mixtures of Organophosphates (led by Michael Rawlinson QC). Richard also secured substantial pre-action disclosure at a contested hearing before a Deputy Judge of the High Court Hinton v Thomas Cook Airlines Ltd (Reported on Lawtel 2018 and contains a full review of the relevant authorities).

Representing a living Claimant diagnosed with mesothelioma.  Liability and diagnosis disputed. The Defendant sought to extend Williams v University of Birmingham to 1982. The case settled shortly at its full value shortly before an expedited High Court Trial (led by Michael Rawlinson QC).

Acting for the Dependents of lung cancer victim. A claim for pleural plaques was compromised for notional damages against one employer during the Deceased’s lifetime. This compromise did not allow for provisional damages. The Deceased’s Estate subsequently issued a claim against another employer following his death. The Defendant argues: Accord and Satisfaction; Abuse of Process/Issue Estoppel in line with Jameson v CEGB [2000] and seeks to challenge Dowdell v William Kenyon [2014] and Lloyd v Humphreys & Glasgow Ltd [2015]. The case settled shortly before a 5-day High Court Trial (led by Harry Steinberg QC).

Acting for a Claimant who suffered mesothelioma as a consequence of exposure to asbestos dust in Sicily. Involved issues of jurisdiction and conflict of laws (led by Michael Rawlinson QC).

Richard is instructed by the Defendant in a claim for asbestos-related lung cancer in a claim pleaded in excess of £2.4 million, where a 40-year-old living Claimant alleged exposure to asbestos as a labourer from 1994 – 2005 Taylor v Fascia Futures Ltd [2018] EWHC 3049 (QB). Richard acted alone against a QC and junior.

Acted for the Dependents of an engineer who succumbed to mesothelioma. The case settled shortly before a 5-day trial. The case involved issues of the correct approach to Williams v University of Birmingham and whether the (then) traditional approach to a dependency claim under Cookson v Knowles should continue to apply (led by Michael Rawlinson QC).

Acting without a leader in numerous cases where the Claimant has succumbed to mesothelioma or asbestos-related lung cancer. Many of these cases exceed £1 million.

Secured substantial settlement for the family of a mesothelioma victim who successfully sued the demolition firm of whom the victim was director and the local authority who regularly engaged that company.

Secured settlement in numerous claims for living mesothelioma victims where the funding of immunotherapy treatment is contested.

Acting for several Claimants who have developed nasal cancer as a consequence of exposure to wood dust.

Acting for a Defendant in an important appeal relating to the approach that should be taken at a show cause hearing in a mesothelioma case - Austin v Plumb Furniture Systems Ltd (Reported on Lawtel).

Acting for Defendants in a large number mesothelioma claim where issues arise as to the date of knowledge of exposure to low levels of asbestos in the motor repair industry.

Acting for a Defendant in a silicosis trial where the allegation was raised that the Claimant had suffered no actionable injury on the basis that his condition was asymptomatic - Mills v J P Barnes & Sons Ltd (Reported on Lawtel).

Acting for a Claimant who suffers 4 limb cerebral palsy on account of the negligent mismanagement of her birth (led by Nicholas Braslavsky QC).

Acting for a Claimant who was rendered blind on account of the Defendant’s failure to diagnose and treat giant cell arteritis.

Acting for a Claimant who was rendered blind due to a negligently performed optic nerve sheath fenestration. The claim was pleaded in excess of £5 million (led by Satinder Hunjan QC).

Acting without a leader for a Defendant Trust in a case against a silk involving failure to diagnose and treat thiamine (vitamin B1) deficiency following a sleeve gastrectomy procedure leading to Wernicke's encephalopathy and nutritional amblyopia. The claim was pleaded at a capitalised value of £6 million.

Acting without a leader for a Defendant trust in case involving a delayed diagnosis of an optic pathway glioma. The case settled for close to a tenth of its pleaded value which was in the region of £3 million.

Acting without a leader for a Defendant in a case involving a negligently performed osteotomy. The claim was pleaded at £3 million and settled for a fifth of its pleaded value.

Acting for a Defendant Trust in a case of admitted failure to diagnose slipped upper femoral epiphysis. The claim was pleaded at £1.6 million and settled for a little over a tenth of the pleaded value.

Acting for a Defendant Trust in a case against a silk where the Claimant’s 6-year-old daughter suffered profound neurological insult following a procedure to repair a ventricular septal defect. The claim is pleaded at £7 million.

Acting for a Defendant Trust in a case of alleged negligent delay in the diagnosis of autoimmune myelitis with non-Hodgkin’s lymphoma. The claim was pleaded at £4 million.

Acting for a GP in case involving a delayed diagnosis of cervical cancer. The claim was pleaded at £5 million and was subsequently discontinued mid-way through trial.

"Richard has a diverse disease practice." 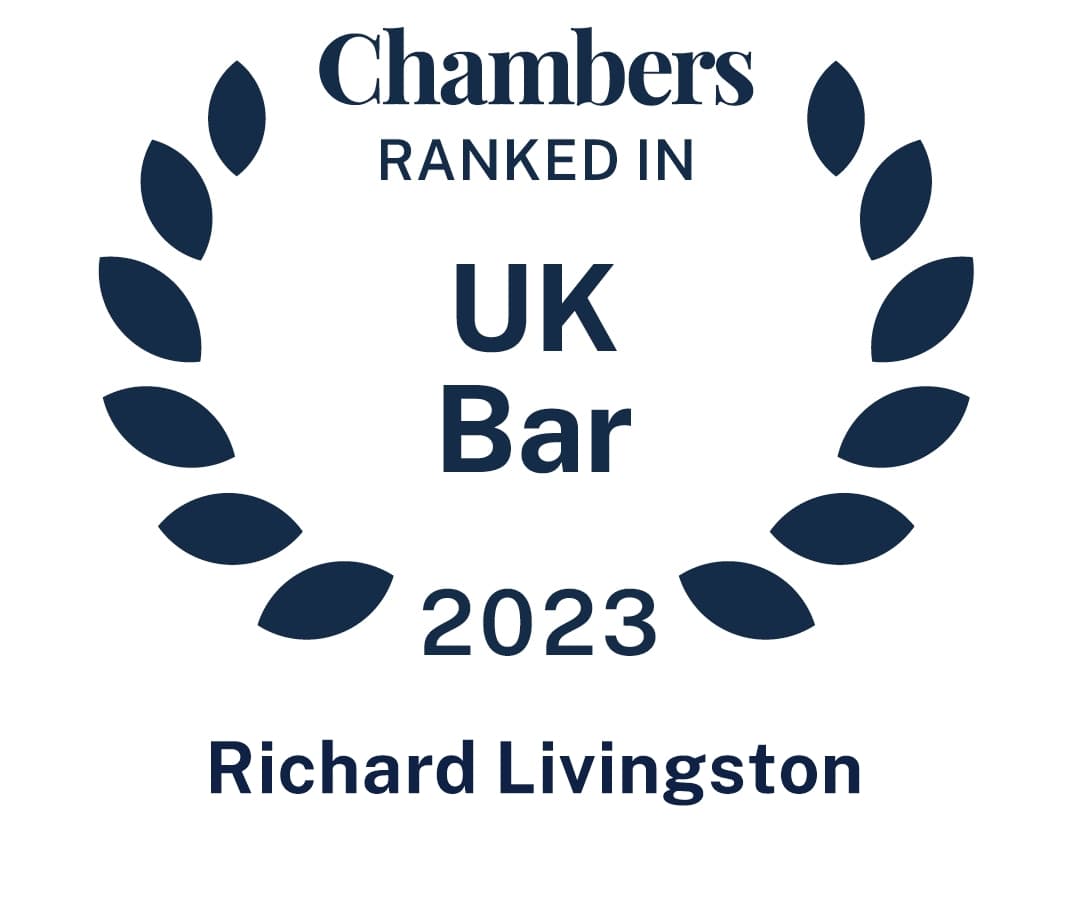 Download Full Profile
View Privacy Policy
"He commands respect by virtue of his knowledge, diligent preparation and always being prepared to listen."
Legal 500
‘A barrister who is a safe pair of hands.’
Legal 500