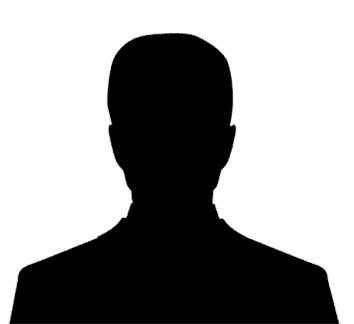 Andrew was called to the Bar in Australia in 1976 and subsequently practised in South Australia where a fused profession exists.  He acted as both a barrister and solicitor taking instructions in general commercial litigious and non-litigious matters with particular emphasis on companies, insolvency, partnerships, securities, trusts, general contractual advice and probate.  In due course Andrew became a partner in the firm of Playfords. Andrew appeared as counsel in numerous matters in the Supreme Court of South Australia and various federal courts, including the Federal Court of Bankruptcy. Reported cases in which Andrew appeared as counsel include, Re Exclusive Master Bookbinding & Manufacturing Co. Pty Ltd (1977)17 SASR 522; (1977) 2 ACLR 549 (a seminal case on provisional liquidation and the right to present a winding-up petition) and Re the Estate of Jones (1979) 21 SASR 46. Andrew is admitted to practice in South Australia and Queensland, and before the federal courts of Australia.

After his life in practice, Andrew became an academic, and over the course of many years taught at a number of Australian universities. Andrew's time in academia in Australia was interrupted by a stint as a Deputy Registrar in Bankruptcy and Deputy Registrar of the Federal Court of Australia, when, amongst other things he heard applications under bankruptcy legislation and taxed costs.  Andrew came to the UK in 1997.  In 2002 he became, and continues to be Professor of Corporate and Commercial Law in the School of Law at the University of Leeds (and for some time the Director of the Centre for Business Law and Practice) where he has taught, primarily, company law, insolvency law, international corporate governance, and corporate finance law.  Andrew has supervised, and continues to supervise, a large number of PhD students who are writing theses on various company law and insolvency law issues.  Andrew has examined PhD theses at a number of universities including : University College, London, University of Manchester, University of Sheffield, Birkbeck College, London, University of Queensland, University of Melbourne, and the University of Pretoria.

Chancery, and primarily in all areas of company law with a particular focus on corporate governance issues, directors' powers, duties and responsibilities, and shareholder rights and remedies, and in all areas of insolvency law (corporate and personal).

Andrew has given advice to several government and quasi-government bodies, such as the Standing Advisory Committee on Company Law in South Africa concerning the overhaul of that country's insolvency legislation, the Company Law Review Steering Group in its deliberations on the reform of company law in the UK, and to the Australian Parliamentary Joint Committee on Corporate and Financial Services in its consideration of reforming Australian corporate insolvency law.  He has also provided advice to the Australian Society of Certified Practising Accountants, the Hong Kong Institute of Certified Practising Accountants and the Insolvency Practitioners' Association of Australia.

Andrew has presented papers at numerous academic and practice-oriented conferences in the UK, Germany, Australia and South Africa.  He has authored 18 books, the most recent being :

A selection of Andrew's articles are:

“The Office-Holder’s Delivery Up Power and the Recovery of Debts” [2011] 4 Corporate Rescue and Insolvency 3-6.

"Something Old, Something New, Something Borrowed : An Analysis of the New Derivative Action Under the Companies Act 2006" (2008) 124 Law Quarterly Review 469-500 (with Ms Joan Loughrey).

"Can Derivative Proceedings be Commenced When a Company is in Liquidation?" (2008) 21 Insolvency Intelligence 49-55.

"Enlightened shareholder value, the reform of the duties of company directors and the corporate objective" [2006] Lloyds Maritime and Commercial Law Quarterly 335-361.

"Wrongful Trading and the Liability of Company Directors : A Theoretical Perspective" (2005) 25 Legal Studies 431-461.

"Another Way of Skinning the Cat : Enforcing Directors' Duties to Creditors" (2004) 17 Insolvency Intelligence 1-9.

"Transactions Defrauding Creditors : The Problem of Purpose Under Section 423 of the Insolvency Act" [2003] The Conveyancer and Property Lawyer 272-288.

"Pursuing the Resolution of the Funding Problem in Insolvency Litigation" [2002] Insolvency Lawyer 90-98.

"The Director's Duty to Take into Account the Interests of Company Creditors : When is it Triggered?" (2001) 25 Melbourne University Law Review 315-339.

"Dispositions of Company Property Post-Presentation of Winding-up Petitions and the Plights of Banks" [2001] Restitution Law Review 86-93.

"Claims for Malicious Presentation : The Peril Lurking on the Sidelines for Petitioning Creditors" [2001] Insolvency Lawyer 136-144.

"The Pursuit of Legal Proceedings Against Dissolved Companies" [2000] Journal of Business Law 406-421.

"The Supervision and Control of Liquidators" [2000] The Conveyancer and Property Lawyer 295-306.

"The Preferential Debts' Regime in Liquidation Law : In the Public Interest?" (1999) 3 Company Financial and Insolvency Law Review 84-105 (with Peter Walton).

"Insolvent Companies Which are Able to Dispute Debts Owed to Petitioning Creditors : Should they be Wound Up?" (1998) 19 Company Lawyer 230-235.

"The Avoidance of Pre-Liquidation Transactions: An Anglo-Australian Comparison" [1998] Journal of Business Law 515-549.

"The Effects of a Successful Action of a Liquidator to Avoid a Pre-Liquidation Transaction" (1996) 15 University of Tasmania Law Review 236-266.

"In Pursuit of the Rationale Behind the Avoidance of Pre-Liquidation Transactions" (1996) 18 Sydney Law Review 56-86.

"The Insolvency Factor in the Avoidance of Antecedent Transactions in Corporate Liquidations" (1995) 21 Monash University Law Review 305-333.

"The Effect of the Dismissal of a Creditor's Petition on an Interim Receivership" (1990) 18 Australian Business Law Review  389-394.

Many of Andrew's published works have been cited in superior courts in the England and Wales, Scotland, Australia, Canada, New Zealand, South Africa, Singapore, Hong Kong and Samoa.

Examples of appellate cases that have cited his work are:

Examples of cases at first instance (in superior courts) that have cited Andrew's work are:

Doctor of Philosophy (in law)   - University of Queensland

Nicholas Braslavsky QC Appointed Honorary Professor of Law at the…

Chambers is delighted to announce Nick Braslavsky, QC - Head of Chambers has been appointed Honorary Professor of Law at the University of Birmingham.