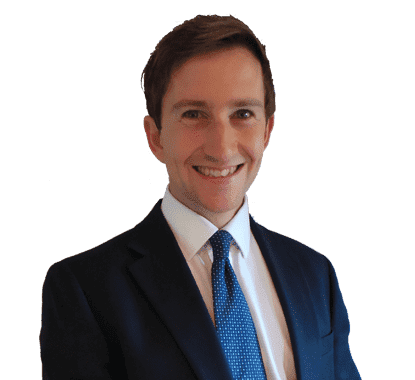 Nick became a tenant at Kings Chambers in September 2020 after completing pupillage under the supervision of Andrew Latimer and Eleanor Temple. Nick has now developed a busy practice across all areas practised by the Business and Property team with a particular interest in insolvency, commercial and corporate disputes.

Before coming to the bar, Nick qualified as a chartered accountant in the corporate tax team at one of the ‘Big 4’ firms, providing a useful background when dealing with matters with an accounting, financial or tax aspect.

Nick’s prior experience as a chartered accountant has provided him with a strong grounding and knowledge relevant to all aspects of banking and finance.

Nick has a particular interest in company law work. Nick has recently acted for the petitioning minority shareholder in a four week arbitration of an unfair prejudice petition (led by Paul Chaisty QC). During pupillage, Nick gained significant experience (with Andrew Latimer and Mark Harper QC) of shareholder disputes, including unfair prejudice petitions, derivative actions and winding up on the just and equitable ground.

Nick has delivered a seminar (with Mark Harper QC) titled “The Limitations on the Unfair Prejudice Remedy”, which discussed the impact of the decisions in Re Hut Group Ltd [2021] EWCA Civ 904 and Taylor Goodchild Ltd v Taylor & another [2021] EWCA Civ 1135

Commercial disputes form the core of Nick’s practice. He is experienced in all aspects of contractual disputes, including debt recovery, sale and supply of goods and services, consumer credit finance, factoring and insurance claims. As a pupil with Andrew Latimer, Nick gained particular experience of high-value breach of warranty and post-completion SPA claims.

Nick regularly advises on and represents clients in all court proceedings, including multi and fast-track trials, small claims and interlocutory hearings. Nick has advised on all aspects of civil procedure, including evidence, costs and issues relating to service out of the jurisdiction.

Nick has a broad experience of corporate and personal insolvency, including voluntary arrangements, liquidations, administrations and bankruptcy proceedings. Nick is also developing experience in directors disqualification proceedings having now successfully appeared for directors at a number of applications seeking permission to act.

Nick delivered a seminar to the Leeds Business and Property Courts Forum with Her Honour Judge Jackson and Eleanor Temple on the ‘new’ Schedule 10 of CIGA 2020 in relation to winding up petitions.

Nick is a regular contributor to the Kings Chambers Insolvency Newsletter, and has written articles on a diverse range of topics including annulment and rescission of bankruptcy orders, Re Rhino Enterprises Properties Ltd [2020] EWHC 2370 (Ch) and football finance.

Nick’s background as an accountant and tax advisor has given him a particular interest in, and insight into, professional negligence claims particularly those against accountants/auditors.

Nick has experience of acting in and advising on proceedings regarding easements, forfeiture, boundary disputes, freehold valuation disputes, leasehold disputes and possession proceedings for residential tenancies and by mortgagees.

Nick has a particular experience in difficult possession claims, including cases involving common law tenancies/licences and where there are allegations of trusts in favour of the occupiers.

Nick represented a former football player in proceedings brought against a firm of solicitors for unpaid commission on transfer fees involving the FA Regulations 2009. The case settled shortly before trial.

During pupillage, Nick observed a remitted arbitration under FA Rule K. Nick has an ongoing interest in sports disputes.

Kings Chambers prize for the highest mark in Company Law (2019)

Plexus Law Prize for the highest mark in Tort Law (2018)

The Honourable Society of the Middle Temple

Chambers is delighted to announce Ruth Taylor has been appointed as a fee-paid Judge of the First-tier Tribunal assigned to the Health, Education and Social Care Chamber (Special…