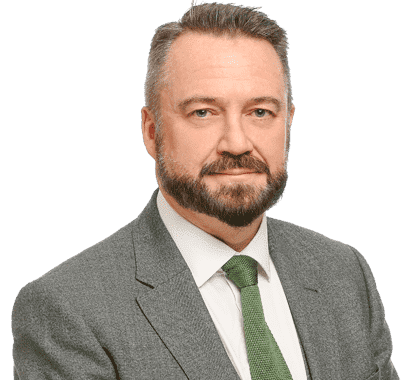 Michael practises in the areas of town and country planning and compulsory purchase law, environmental and agricultural law, highways, local government and public and administrative law.   He accepts instructions under the Direct Public Access provisions

Michael is also a Fellow of the Geological Society and has academic qualifications in geology, physics and advanced engineering geology.  Before being called to the Bar Michael spent fourteen years in the development industry, initially as an Engineering Geologist before moving into the field of Planning and Environmental Consultancy.  He was employed by a number of major engineering contractors and international consultancies providing advice on foundation design and construction, highways design and construction, contaminated land and ground water assessment and remediation, dewatering solutions, flood risk assessments, and carrying out environmental impact assessments

He advised on such developments as the Channel Tunnel Rail Link, Heathrow Terminal 5, the Canary Wharf Development, Chapelcross and Sellafield nuclear power stations and designed the innovative foundations for the Huddersfield Town Football Club stadium.  He has particular experience of deep level drilling for the purposes of the installation of complex groundwater monitoring and sampling installations.

Michael advises in the wider field of public and administrative law.  He regularly appears in the First Tier and Upper Tribunal, the Administrative Court and the Court of Appeal.  He recently brought a judicial review against the decision of a local authority to change the traditional sodium street lighting in its area to LED lighting.

R(on the application of Castelli) v London Borough of Merton [2013] EWHC 602 (Admin) – Successfully represented the Local Authority in the first reported case addressing the definition of a “hedge” under the “High Hedges” legislation.

E-A (Article 8: Best Interests of Child: Nigeria) [2011] UKUT 315 (IAC), [2011] Imm. A.R. 872; [2012] I.N.L.R. 273  - Appeal before the President of the Tribunal which focused the issues under ZH(Tanzania) and the UNCRC and clarified at what age the Tribunal considered children to begin forming relationships beyond the parental family unit.

R. (on the application of Thangeswarajah) v Secretary of State for the Home Department [2007] EWHC 3288 (Admin)  - Judicial review application relating to “fresh claims”, refused in the Administrative Court, successful in the Court of Appeal.

BL(Jamaica) [2016] EWCA Civ 357 – Appeal by the SSHD against a decision of the Upper Tribunal to quash a deportation order pertaining to a foreign criminal; the Court setting down principles in respect of the balance between the public interest in deportation and the best interests of children impacted upon by said deportation.

Michael has considerable experience of matters relating to contaminated land, landfill gas, groundwater contamination and drainage, statutory nuisance and habitat protection. He spent many years prior to coming to the Bar preparing technical reports relating to environmental matters and designing contaminated land and groundwater remediation solution. He is uniquely placed to advise on such matters. He is currently involved in the judicial review of a local authority’s decision to change the traditional sodium street lighting in its area to LED lighting.

R(on the application of Castelli) v London Borough of Merton [2013] EWHC 602 (Admin) – Successfully represented the Local Authority in the first reported case addressing the definition of a “hedge” under the “High Hedges” legislation.

He has experience across a wide range of development types such as large scale residential schemes and commercial and industrial projects (including retail, office, leisure, hotel, landfill, waste incinerators, garden centres, equestrian centres and various types of farming enterprise).  He has advised on matters relating to wind turbines, village greens and rights of way and has petitioned the Cross-Rail Parliamentary Select Committee on behalf of a local residents association.  Michael has an established practice relating to caravan and mobile home land use and is recognised by the Legal 500 as being a leading authority in the subject.  He also has particular expertise in permitted development rights and lawful development applications.

Early in his career at the Bar Michael had a thriving criminal practice and brings a unique perspective to proceedings under the Proceeds of Crime Act 2002 following on from planning enforcement prosecutions.  He continues to accept instructions on criminal matters relating to planning, environmental and agricultural matters.

Ball v Secretary of State for Communities and Local Government and Brentwood District Council [2013] All ER (D) 24 (Jan), [2014] EWCA Civ 372 - s.288 statutory review following on from a s.78 planning appeal relating to a high-profile green belt gypsy site development comprising 6 pitches in the constituency of Eric Pickles MP, the then Secretary of State.

Winchester City Council v SSCLG [2015] EWCA 563, [2013] EWHC 101 (Admin); [2013] 7 E.G. 99 (C.S) – An important case considering the extent of the applicability of the judgement in I’m Your Man Ltd v SSE (1999) in determining a lawful use by reference to the words used in the description of a planning permission, in the context of an absence of relevant conditions.

AZ v SSCLG [2013] B.L.G.R. 444; [2013] J.P.L. 713 – the first successful s.288 challenge where the decision turned on the interpretation and applicability to planning decisions of Article 8 ECHR, Article 3 United Nations Convention on the Rights of the Child and the Children Act 2004 (“best interests”).  This was the first reported case where such principles, well-known in immigration fields were successfully applied in a planning law context, the matter in issue being residential development in the Green Belt.

Forest of Dean DC v SSCLG and Ricky Jones [2013] EWHC 4052 (Admin) – successfully resisted local authority’s challenge to a grant of planning permission on appeal and application for a declaration that the planning permission had lapsed.  The substantive challenge related primarily to the assessment of heritage assets.

O’Connor v SSCLG & Epping Forest District Council [2014] EWHC 3821 (Admin) – successful challenge to the decision of the SSCLG to dismiss an appeal contrary to the recommendation of his Inspector where the SSCLG’s conclusions in respect of flood zone and flood risk were vitiated by illegality (subsequent successful redetermination).

Connors v SSCLG & Guildford Borough Council [2015] EWHC 334 (Admin) – the first relevant s.288 challenge following on from the judgment of the Planning Court in Moore & Coates v SSCLG [2015] EWHC 44 (Admin); [2015] P.T.S.R. D14 that the SSCLG had applied policies set out in Written Ministerial Statements in both a discriminatory manner and in breach of the Public Sector Equality Duty.

Wenman v SSCLG & Waverley Borough Council & Guildford Borough Council [2015] EWHC 925 (Admin) – successful challenge to an Inspector’s application of the NPPF to countryside residential development in the context of housing supply policies.  This successful appeal resulted in the only technical adjustment to date of the National Planning Policy Framework.  It also established that mobile homes, caravans and dwellings of non-traditional construction are to be considered housing under the NPPF.  The decision was appealed by the SSCLG to the Court of Appeal, the challenge being withdrawn five days before the hearing date, following receipt of the Respondent’s skeleton argument.

Fellow of the Geological Society (FGS)

Michael regularly gives seminars and lectures on shale gas and hydraulic fracturing.  In 2016 he presented two regional seminars to the Royal Town Planning Institute entitled “Fracking: Planning for an energy nirvana?”, a series of in-house seminars to lawyers and engineers entitled “Fracking for Shale Gas – The Story so Far” and a lecture of fracking at Coventry University to a selection of national and international lawyers, environmentalists and conservationists.

Michael regularly presents lectures and seminars on matters relating to human rights, particularly in the context of planning and environmental law.

He presents lectures to MA Architecture (RIBA Pt II) students at the Birmingham School of Architecture on the Principles of the English Legal System.

‘Michael is very personable and approachable. He is excellent with client officers from local government and clearly experienced.’ Legal 500 2023

'He provides detailed, considered advice, and is able to adapt well to solicitors’ needs' Legal 500 2021

Michael Rudd is ‘One of the leading authorities on Traveller cases.’ Legal 500 2016

Michael Rudd secures dismissal of appeal against refusal to discharge…

In an important case relating to the interpretation of lawful use certificates, Lang J recently dismissed a statutory review brought by a local planning authority to a decision…