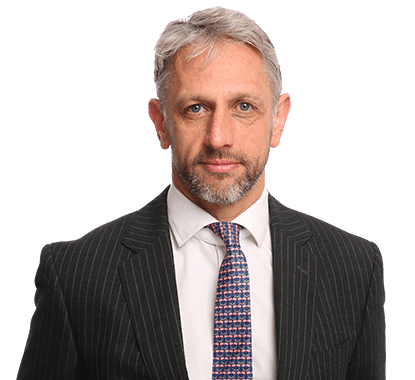 Bendalls v Exova
International Court of Arbitration dispute arising from defective testing on an installation at a nuclear facility in the USA.

Seaga Intl v (1) Apollo VS Ltd (2) Rawding
22 day trial on a claim for an account based on an unravelling of 5 year commercial distribution agreement together with claim against a director on a personal guarantee.

Lazo Properties v Finestone Properties
Competing claims to title of valuable development site. The Chief Land Registrar joined the proceedings as intervener on his own initiative because of the importance of the case.

James Andrew Robinson v P.E. Jones (Contractors) Ltd. [2011] 3 WLR 815 : [2011]BLR 206 : 134 Con LR 26 : [2011] 1 EGLR 111 : (2011) 27 Const LJ 145 : [2011]CILL 2972 : [2011] 4 EG 100 (CS) : [2012] QB 44
A seminal, law-textbook Court of Appeal case on crossover liability in contract/tort. Where one party to a contract owed the other a contractual duty of care, there was no automatic assumption of an identical duty of care in tort. Whether or not the doctrine of assumption of responsibility could be applied to building contracts so as to give rise to tortious liability for pure economic loss arising from a latent defect depended on the relationship and dealings between the parties; a contractual clause that expressly excluded tortious liability satisfied the requirement of reasonableness under the Unfair Contract Terms Act 1977

ASE PLC & anor v Kendrick & ors [2014] EWHC 2171 (QB)(Lewis J)
An interim injunction preventing an employee from competing for six months with his former employer, a company in the automotive industry, was granted where that employee had held significant responsibility for nurturing and fostering clients, which was vital information in the industry. An injunction sought by a partnership related to that company to enforce a non-solicitation clause in respect of another employee was refused where it sought to restrict soliciting of the company's clients, whereas the partnership contract was limited to those of the partnership's.

Dennis Hobson v Patrick Magee (T/A Team Magee) [2012] EWCA Civ 116 CA (Civ Div) (Longmore LJ, Davis LJ, Sir David Keene)
A judge's overall conclusions, in an action concerning a failed joint venture for the arrangement of boxing matches, were properly open to him on the evidence. In particular, he was entitled to conclude that one of the parties had contracted as a principal.

Tinseltime Ltd v (1) Eryl Roberts (2) M & JT Davies (3) Denbighshire County Council (4) Welsh Assembly [2011] EWHC 1199 (TCC)
An employer was not liable in nuisance or negligence for damage caused to a neighbouring company's machinery by dust resulting from a sub-contractor's cutting of concrete blocks since that activity could not be regarded as exceptionally dangerous whatever precautions were taken.

Keith Harrison v Link Financial Ltd [2011] ECC 26 QBD (Merc) (Judge Chambers QC)
The court cancelled a borrower's debts after it found that the creditors had not only breached the Consumer Credit Act 1974 by not providing him with a copy of the terms and conditions and by giving him too short a deadline under a default notice, but had also harassed him over the debt.

R (on the application of Debt Free Direct Ltd) v Advertising Standards Authority Ltd[2007] EWHC 1337 (Admin) QBD (Admin) (Sullivan J) [2007] ACD 82
A without notice injunction granted to prevent publication of an adjudication that a television advertisement was misleading was discharged as it was inappropriate to restrain a public body from publishing its adjudication, and an application for judicial review of the adjudication was refused as there was an alternative effective remedy of internal review.

George Lavelle v Tracy Lavelle & ors [2004] EWCA Civ 223 CA (Civ Div) (Lord Phillips of Worth Matravers MR, May LJ, Jonathan Parker LJ) [2004] 2 FCR 418
Trial judge was correct to find that the evidence clearly showed no intention by the respondent to transfer property to the appellants by way of gift.

Barry Martin Parker v Laurence Stephen Snyder & ors [2003] EWCA Civ 488
Where a draft amended statement of case disclosed viable causes of action and was not so lacking in particularity as to be an abuse of process, the Court of Appeal reversed the judge's decision refusing permission to amend and striking out the claim.

Martin is a prominent senior junior dealing with substantial pieces of litigation (often appearing alone against Queen's Counsel). He has appeared in more than 45 reported/published cases which is testament to real strength across broad areas. Martin has been ranked consistently in the directories as a leading practitioner year on year since 2006; Chambers and Partners UK currently ranks him in no fewer than 4 practice areas. He served on the Attorney General's Panel of Counsel for five years. He carries a diverse practice as detailed below. His background in both commercial litigation and employment law made him well suited to issues in the sports law field and he continues to be nationally recognised for considerable experience in all aspects of sports law litigation and is ranked in Band 1 for the Regions. He also occasionally sits as an arbitrator in sports disputes, appointed by Sport Resolutions.

British Association for Sport and the Law

Arbitrator for Sport Resolutions and the Football League

"Martin Budworth is very straight-talking and explains complex issues very clearly and simply." "His strength is his breadth of ability, he's responsive too and his experience is another strength." "He is a very good cross-examiner and very personable."

"Martin is an exceptional advocate, careful and incisive cross-examination is a particular strength."

"Martin is very client friendly, he sees the global picture in all commercial as well as legal respects and is from an instructing solicitor perspective very easy to work with."

"Very approachable and has an excellent grip of the facts."

"Behind Martin's calm unflappable exterior is a technically brilliant barrister who is quick on his feet and who isn't afraid to put in the hard graft for his clients." "He is bright, knowledgeable, practical, to the point and good with clients." "He offers an excellent quality of written work and advocates in a calm, assured and persuasive manner."

"Throughout the case Martin was accessible to me and we were able to work more closely as a team at each stage of the process. His approach filled the client with great confidence but also assisted me both in terms of the practical aspects and his legal knowledge and input."

"The go-to sports junior outside of London. He is hugely experienced and well liked by clients." "He is very proactive and user-friendly."

"Always well prepared and unflappable. Client friendly and very easy to work with."

"Excellent on his feet, very direct and cuts through the issues so that clients have absolute clarity on the strengths and weaknesses of their case or position. Always relieved when Martin is available on a tricky case."

"Martin is an excellent advocate who presents his client's arguments and advances their case in a compelling manner."

"He has an outstanding client care manner which in the vast majority of occasions leads them to trust his judgement after a very short time. He is thorough and although very busy he never attends a hearing unprepared. He is obviously respected by the bench at all levels."

"He's responsive and has a good manner with clients."

"He always thinks things through and is good at analysing and presenting the case. He keeps a steady head throughout." "He is very impressive in court, has great command of the case and gives clear, pragmatic advice. He's very user-friendly."

"The leading sports junior outside London. He has fantastic experience in the area and clients like his down-to-earth approach."

"He is excellent with clients, impressive at cutting through issues to get to the key points and unflappable in court." "He is a go-to junior for sports matters in the North West – he's vastly experienced in the field, well liked by clients and quick at getting to the nub of the issue."

"He is astute, approachable and understands the sports industry" "Experienced, no-nonsense, pragmatic and a very client-focused adviser."

"He is unfazed by challenges in cases."

"He gives good tactical and strategic advice to clients."

"He is very calm, good with clients and gets to the nub of cases very quickly." "He is very impressive in court and gives clear, pragmatic advice."

"First class and very commercial." "He made everything digestible, his advocacy was second to none and I think he pitched it perfectly."

"He is very client-friendly."

"He's technically bright, extremely pragmatic and excellent both on paper and in court." "He gets to the point very quickly and doesn't beat about the bush." "Good on his feet and calm under pressure."

"A real star and a sports nut who gets some great results for players."

"A very bright and innovative thinker, who has the ability to be a real street fighter when required."

"Pragmatic and great on his feet."