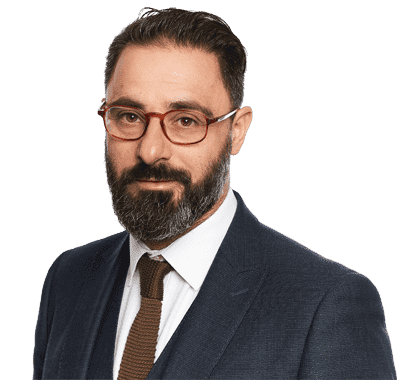 Leo is noted for his extensive expertise and experience of Licensing. He advises and represents a wide range of operators, local authorities and local residents across all aspects of licensing including the Licensing Act 2003, Gambling Act 2005; Taxi & Private Hire Vehicles; Sex Establishments; Pedlars & Street Trading, Special Treatment Licensing and busking.. In 2012 Leo’s contribution to licensing law and practice was recognised by the Institute of Licensing who made him a Fellow of the Institute.

Leo’s licensing practice has developed to include wider aspects of associated Local Government Law. He has advised on issues relating to local government constitutional arrangements, fees and most recently contributed to the successful adoption and development of a scheme for the licensing of Street Entertainment and Buskers within the London Borough of Camden: Keep Streets Live Campaign Ltd v London Borough of Camden [2014] EWHC 607 (Admin).

Alcohol and Entertainment Leo is regularly instructed to represent operators from small family run businesses to multinational companies. He is, for example, currently instructed on the vast majority of contested petrol forecourt convenience store applications. In March 2012 he successfully represented two garage forecourt sites in two test reviews where the West Yorkshire Police sought to review the two premises licences on the basis of allegations said to amount to breach of s 176 (Prohibition of Alcohol Sales at Garages). In January 2014 he persuaded a local authority that s 176 was incompatible with the EU Services Directive, this is an area of developing EU Law in which Leo takes a particular interest.

Additionally Leo advises and represents local licensing authorities. He recently, successfully represented the London Borough of Tower Hamlets in setting aside a decision of a district judge to award costs against the local authority in the sum of £21,986: Tower Hamlets LBC v Ashburn Estates Ltd (t/a The Troxy) [2011] EWHC 3504 (Admin). In the case the court also considered the competing interests, and in particular the wider community interests, that need to be considered by a local licensing authority on the receipt of a proper compromise offer. The question of costs and proper reasoning was also the subject of the case of Leeds City Council v Leeds District Magistrates & Ors [2013] EWHC 1346 (Admin).

Leo is involved in all the latest developments of licensing law and practice.  He has most recently advised upon and contributed to Public health and the Licensing Act 2003 – a guidance note on effective participation by public health teams published by Public Health England in October 2014.

Recently Leo has been involved in pushing the boundaries of the extent and scope of decision making under the Gambling Act 2005: Ladbrokes v London Borough of Hillingdon (Uxbridge Magistrates’ Court, 25th September 2013). Leo continues to advise on the relationship between the licensing and planning regimes in the on-going debate over the regulation of high street betting shops.

He is well known for his knowledge and expertise in Sex Establishment Licensing and continues to advise operators, the police and local authorities; he regularly lectures on the subject and has contributed a number of related articles to the Westlaw Insight project. Recently he has secured an SEV located in the City of Canterbury, acted for the police in opposing a renewal for an SEV in Soho and advised Birmingham City Council on the review of its SEV policy.

Leo predominately acts for local authorities and has recently been advising on recoverable fees under the Taxi and Private Hire regimes.

Leo's recent work includes securing the long term future of the iconic Kings Cross newsstand and advising on the control and regulation of ''Chuggers''. Leo has a particular interest in the continuing reform of Pedlar and Street Trading Law resulting from the implementation of the EU Services directive. He contributed to the successful adoption and development of a scheme for the licensing of Street Entertainment and Buskers within the London Borough of Camden: Keep Streets Live Campaign Ltd v London Borough of Camden [2014] EWHC 607 (Admin).

Leo advises on the full range of local authority licensing regimes from Scrap Metal to Zoos. Recently Leo has been involved with issues arising in connection with the licensing of caravan sites this has involved engagement with planning law, building control, housing benefit and data protection issues.

His expertise in local government licensing has seen Leo increasingly involved with associated areas of local government, planning, property and land law, and  environmental law, statutory nuisance and EU Law. For example his specialist licensing practice and planning work dovetailed in an inquiry concerning the development of a public house and the issue of its value as an asset of community importance. He has a particular focus upon the law of assets of community value.

His multi-discipline experience is most notable in his recent work arsing from concerns raised by ''fracking'' which involves the government licensing regime under the Petroleum Act 1988 (Petroleum Exploration and Development Licence, PEDL) and the Planning regime. Other areas of cross-section include his advisory practice in respect of the licensing and planning of and for high street betting shops.

Leo holds a Masters in International Environmental Law. He has a particular interest in nature conservation and has previously advised the WWF, the Bat Conservation Trust and the Herpetological Society on the Habitats Directive. Leo is frequently asked to advise and represent clients in respect of Statutory Nuisance in particular noisy pubs, bars and night-clubs. Leo has a particular interest in the law concerning the impact of non-native species. Leo has advised in cases involving: Tree preservation orders, Contaminated land and the Habitats Directive.

Water resources and management. Leo is instructed by Thames Water Utilities, as part of a team from Chambers led by Suzanne Ornsby QC, in connection with the preparation of their Water Resoures Management Plan 2019.  This involves advising on all aspects of water resources planning and mangement law as well as connected areas of environmental regulation.  He is familiar with the technical matters underlying water resources planning. He is fast becoming an expert in this field and is particularly interested to undertake more work within it.

Leo has considerable experience of housing and property work spanning a range of public and private law issues. For example, he has advised and appeared for landlords and tenants in relation to possession claims, unlawful eviction, disrepair, injunctions, and other antisocial behaviour claims including closure orders He acted in cases in respect of easements, restrictive covenants, adverse possession and boundary disputes and contested applications concerning land registration. He advises in relation to private and commercial property matters, including landlord and tenant (including forfeiture and breach of covenant), HMOs and self-contained properties, the Party Wall etc. Act, unilateral notices (including qualifying beneficial interests), moorings, riparian rights and navigation. Leo has experience of antisocial behaviour claims including closure orders. He also has experience of homelessness appeals along with advising on the liability for council Tax and the entitlement to housing benefit.

"He is real specialist in licensing. He is very sharp and thorough and a pleasure to work with."

"If it is a tough case he will be all over it and will work as hard anyone."

"He is very knowledgeable and sensible." "He's a very talented advocate."

"His relaxed manner and commercial awareness make him easy to work with, while his cross-examination skills really get to the heart of a matter."

"His knowledge of licencing is excellent."

"He has detailed knowledge of the law and its application in commercial situations."

"He is very calm, meticulous and precise in all he does; he thinks outside of the box."

“Earnest knowledgeable and has seen a lot. He does a great job”

Vice-Chair of the London Region of the Institute of Licensing.

Leo is well known for lecturing and training on all aspects of licensing law.

Download Full Profile
View Privacy Policy
"He has detailed knowledge of the law and its application in commercial situations."
Chambers and Partners
"Bright and tenacious."
Legal 500

Kings Chambers are delighted to welcome Leo Charalambides as an Associate Tennant.