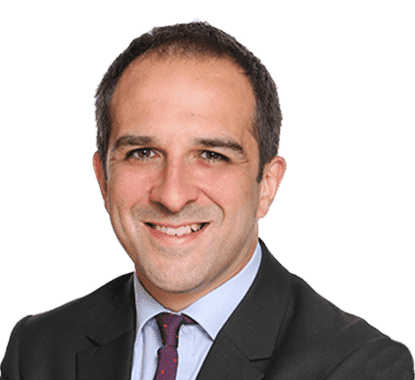 John is recommended as a leading junior by Chambers and Partners and the Legal 500 in local government law, planning law and environmental law. He has appeared in a number of leading cases in these areas in the High Court, Court of Appeal and Supreme Court.

John is appointed to the Attorney General’s A Panel of Regional Counsel.

Between 2004-2005 he was judicial assistant to Lord Nicholls and Lord Rodger in the House of Lords.

John is one of only two juniors recommended by Chambers and Partners in local government law outside London.

He regularly advises on and appears in proceedings relating to local authority powers and governance, compulsory purchase, environmental health, education, highways and housing.

John also edits and contributes to articles in the bulletin of the Encyclopaedia of Local Government Law.

John is recommended as a leading junior in planning law by Chambers and Partners and the Legal 500. He appears regularly in public inquiries, judicial reviews, statutory challenges, injunction proceedings and criminal prosecutions relating to planning matters.

He recently appeared before the Supreme Court in a case concerning the listed building regime (Dill v Secretary of State for Housing, Communities and Local Government) and is due to appear before the Court of Appeal in an appeal concerning housing land supply and the standard method (R (Oxton Farm Ltd) v Harrogate BC). He is also instructed in a number of other ongoing planning judicial reviews and statutory challenges.

R (Noquet) v. Secretary of State for Communities and Local Government [2016] EWHC 209 (Admin) – certificates of lawful use or development; change of use; mixed use premises; pubs and bars.

John is recommended as a leading junior in environmental law by Chambers and Partners and the Legal 500. He appears regularly in claims for judicial review, injunctions, statutory appeals and criminal prosecutions relating to environmental matters.

Current instructions include acting in: a claim for judicial review of byelaws made by a fisheries authority; a claim for judicial review of a decision by a local planning authority to grant planning permission to itself on grounds relating to air quality, health and climate change; a prosecution of landowners and others for offences relating to obstruction of a watercourse.

R (Noquet) v. Secretary of State for Communities and Local Government [2016] EWHC 209 (Admin) – certificates of lawful use or development; change of use; mixed use premises; pubs and bars.

"One of the brightest men I've ever met, and the safest pair of hands I can imagine."

"John is super bright and easy to work with. He picks out key and salient points and puts together coherent and intelligent cases."

"John is brilliantly sharp and combines encyclopaedic knowledge and commercial advice to great effect. He is fantastic with clients, giving clear and intelligent strategic advice. Solicitors would not hesitate to recommend him."

"He cuts through everything and gives invaluable advice. He's really approachable and accessible to clients too." "He is one of the brightest people I know!"

"Accessible and approachable, with a razor sharp mind. Above all, provides commercial advice and practical solutions. A pleasure to work with."

"A very solid planning barrister." "He has a wealth of experience."

"John has a very intelligent and commercial approach and provides excellent strategic advice as a result. kings chHe is very approachable and is great at understanding client’s needs and objectives. He is both respected and well-liked by clients and a pleasure to work with."

"One of the brightest men I know! He is really particular in his preparation and has a very detailed and careful presentation." (Chambers and Partners UK, 2020)

"A brilliant barrister - he is always very calm and has a very good manner with clients." (Chambers and Partners UK, 2020)

"He is extremely bright and very academic. His arguments are convincing and well structured." (Chambers and Partners UK, 2018)

"We have always found him to be helpful and proactive." "Extremely bright and very academic." (Chambers and Partners UK, 2018)

"He is extremely bright and very academic. His arguments are very convincing but also seem to be well structured. He presents very technical issues in a straightforward way. He is very persuasive and has boundless energy." (Chambers and Partners UK, 2018)

"He is very professional and his written work is very good. He understood and clarified our position perfectly and was able to summarise it in a really concise and clear manner that put our case across perfectly." "He is a very good advocate to work with, and has an incredibly good memory and a genuine interest and enthusiasm about the law and its detail." (Chambers and Partners UK, 2017)

"Very good advocate." "He is very, very straightforward. In terms of working with him, he is very reassuring. You know that he will support you." "Incredibly good memory and a genuine interest and enthusiasm about the law and its detail." (Chambers and Partners UK, 2017)

"He is always fully on board with us, is really quick-thinking and able to predict where a case is going." "The biggest benefit he brings is his ability to liaise with the client and understand what the client's requirements are." (Chambers and Partners UK, 2016)

"His advocacy in court is relaxed, but very effective. He asks pertinent questions that cut through any line of defence.” “He is bright, intellectual and enthusiastic.” “He's extremely bright, and when dealing with clients and solicitors he's always able to listen and then formulate the best possible case.” “He provides clear and concise advice to clients, and he's very approachable.” (Chambers and Partners UK, 2015)

“Recognised for his handling of appeals and challenges in a range of legal spheres including planning and environment, immigration law and prison law” (Chambers and Partners UK, 2014)

“Instructing solicitors report being ‘absolutely delighted’ with his performance, saying that ‘he is very logical in the way he approaches a case, and he won't let go of points without a fight.’” (Chambers and Partners UK, 2013)

Download Full Profile
View Privacy Policy
"He is a very good advocate to work with, and has an incredibly good memory and a genuine interest and enthusiasm about the law and its detail."
Chambers UK
‘He is great at tailoring his advice to meet client needs.’
Legal 500

John Hunter and Mark Howells to appear in the Supreme Court