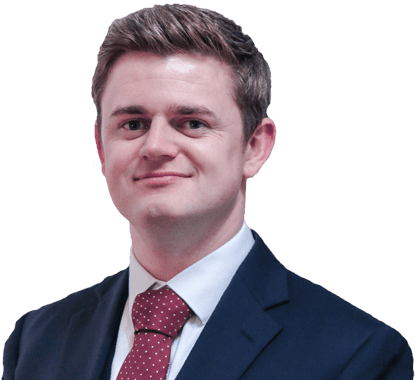 Harry became a tenant at Kings Chambers in August 2022.

Prior to coming to the Bar, Harry was a lawyer in the commercial litigation department at a leading regional firm of solicitors. There he gained experience in a wide range of complex commercial litigation cases including; partnership disputes, intellectual property, construction and breach of contract. As a result, Harry has worked throughout the stages of litigation, arbitration, and adjudication, from start until final hearing. In addition to the preparation of pre-action communications,  drafting pleadings, witness statements, and other court documents, including those relating to costs, he has been in several substantial disclosure exercises under the Business and Property Courts. He has also been involved in the preparation for and attendance at mediation.

Harry is experienced in all aspects of contractual disputes, including debt recovery, sale and supply of goods and services, consumer credit finance and disputes surrounding directors’ loans.

Harry is regularly instructed to advise and represents clients in all court proceedings, including multi and fast-track trials, small claims and interlocutory hearings. Harry’s busy court practice also includes other hearings such as interlocutory applications and procedural hearings (such as CCMCs).

Alongside his busy court practice, Harry has a busy paper practice drafting statements of case and providing advice.

Harry has an active court and paper practice. He has experience of advising on proceedings regarding forfeiture, boundary disputes, leasehold disputes (commercial) and possession proceedings for residential tenancies. Harry prides himself in having a thorough approach to all matters.

Harry has particular experience in residential possession claims. In addition, he also has experience in advising on various commercial property matters, such as renewals under the Landlord and Tenant Act 1954.

Harry’s expertise in this area is developing on a foundation of his experience prior to coming to the bar. Whilst working in a solicitors practice, Harry assisted a senior partner in several partnership disputes both in the Business & Property Courts and at arbitration. His experience also extends to being involved in several substantial disclosure exercises.

Prior to coming to the bar Harry worked in a solicitors firm directly assisting a senior partner. During this time he was involved in several debt recovery matters, including the preparation of winding up petitions.

Harry has started to develop his experience and expertise in the sphere of technology and construction.

Harry’s practice is developing particularly strongly in matters involving residential construction disputes. Harry has experience of drafting statements of case and advising in such matters, as well as appearing in court. Most recently Harry has advised and drafted pleadings in a matter involving a party wall dispute following refurbishment works to a multiple-occupancy residential dwelling.

Harry’s experience in this area extends beyond his time as a practicing barrister. Prior to coming to the bar, whilst working in a solicitors firm, Harry gained experience in a range of construction disputes, including the preparation for adjudication. Harry also has first hand experience of working in the construction industry (roofing & general building) and is therefore well placed to get to grips with the technical elements of a case.

Harry has a developing practice in this area. Most recently he appeared in a EFL Disciplinary Commission hearing.

The Honourable Society of the Inner Temple