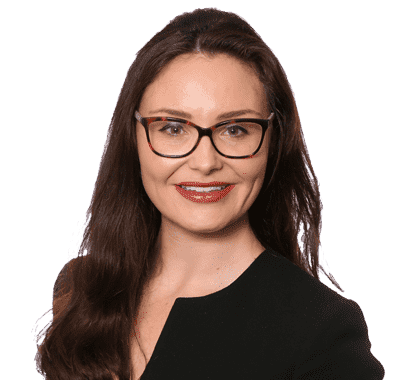 Fay is a specialist court of protection and chancery barrister. She has a broad practice that encompasses contentious probate, trusts, property disputes and all sides of Court of Protection work.

Fay is also a member of the Business & Property team in Chambers. She has a thriving wills, trusts, probate (contentious and non-contentious), charity and property practice meaning she is ideally placed to advise and act in the most complex court of protection property and affairs cases. Fay is frequently instructed to advise in statutory will, trustee and gifting applications often involving succession planning where extensive knowledge of chancery principles is required.

In her chancery practice, Fay routinely advises in claims against trustees and fiduciaries. She is, therefore, often called upon to advise on applications seeking the removal of attorneys and deputies, misappropriation of P’s estate and the methods of civil recovery and calling in the security bond.

Owing to her expertise, deputies will often look to Fay to advise on a range of matters concerning P’s estate. In particular, because of her unique specialism in the court of protection and civil jurisdiction, she is frequently instructed to advise on matters with a cross jurisdictional element especially where it involves consideration of P’s beneficial interest in property, P’s interest in a probate estate and P’s liability to pay the cost of their care.

Fay is passionate about the property and affairs jurisdiction of the court of protection. She is eager to help carve the way for further regionalisation of this work. With this is mind, along with a number of equally passionate solicitors, she established the Northern Property & Affairs Association of which she is Chairperson.

Examples of the types of property and affairs cases in which Fay is instructed include:

Fay’s chancery practice encompasses both contentious and non-contentious work with a particular emphasis on probate, inheritance claims and trusts matters. She is routinely instructed in the following types of cases:

Property advice and litigation accounts for a growing part of Fay’s practice. She deals routinely with the following matters

‘Fay is concise in her advocacy and delivers good, commercial advice to clients. She knows which fights to pick and she is well liked by her clients. She is good on her feet.’

'A concise advocate who knows which fights to pick. Her encyclopaedic knowledge of the law and procedure in the specialist sphere of financial Court of Protection work is second to none.'

"She is very, very capable as an advocate. She knows her subject very well and she is good with clients."

"Fay’s attention to detail is excellent and she is very impressive in Court, particularly in cross-examination."

"Her ability to empathise and engage with the client is outstanding"

"She has good attention to detail - she doesn't miss a thing"

"Fay is excellent at explaining matters clearly to clients and putting them at ease, particularly in a courtroom setting. One of the reasons I repeatedly instruct Fay is that I trust her to give her no-nonsense opinion on a matter and to offer practical advice."

Simon Burrows and Fay Collinson use the great safety net

Kings Chambers is delighted to announce that Fay Collinson has joined the Public Law Team and Probate Group from Park Lane Plowden.