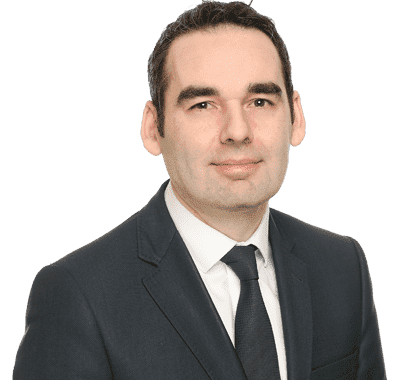 Nathan joined chambers in April 2008 and practices in all areas of commercial dispute resolution and business and property law, with a particular emphasis on real estate, insolvency, professional negligence, shareholder disputes and probate.

Nathan regularly appears in the Business and Property Courts and the County Court for banks, institutional clients, companies of all sizes and individuals. Nathan also frequently appears in the First Tier Tribunal, Property Chamber.

Nathan approaches every instruction with the of the aims and objectives of his clients in mind and understands the need to provide clear and comprehensive advice to enable his clients to effectively navigate through litigation.

Nathan has experience of dealing with a wide variety of commercial litigation including:  contract disputes, arbitrations, injunctions, debt and guarantee claims, sale of goods act claims and unfair terms and relationships.

Nathan has represented numerous clients in mediation and always works to ensure his advice is practical and that the process is used as effectively as possible to reach an appropriate outcome.

Nathan advises and appears in company law matters, including shareholder and director disputes.

Nathan has also represented clients in the Companies Court in London.

Nathan regularly deals with all aspects of corporate and personal insolvency litigation including:

Examples of cases include:

Nathan advises and appears in company law matters, including shareholder disputes. Nathan has also represented clients in the Companies Court in London.

Nathan regularly undertakes work dealing with the administration of contested estates, including claims for financial provision and challenges to the validity of wills and associated trust instruments, including:

In January 2019, Nathan was invited to speak to STEP Chester on the law of undue influence as it applies to lifetime gifts and the making of wills and proposals for reform. In previous years, Nathan has presented seminars on how to deal with insolvent estates (2018) and proprietary estoppel (2017).

Examples of cases include:

Nathan has been instructed in a wide range of substantial, high-value professional negligence work relating to solicitors, surveyors, valuers, architects and accountants.

Nathan has considerable experience of all forms of property litigation, including: mortgages and mortgage fraud, possession claims, landlord and tenant claims, adverse possession, boundaries and easements, claims arising out of the sale and purchase of properties, the right to manage, orders for sale and TLATA.

Nathan has successfully represented clients in multi-day trials involving property rights and appears before the First Tier Tribunal (Property Chamber) and the Leasehold Valuation Tribunal where he has represented individuals, groups of residents and management companies.

Nathan also has extensive experience acting for lenders and borrowers in mortgage litigation, including bridging finance and peer-to-peer lenders, and presents an annual seminar on mortgage law.

Examples of recent / reported cases include:

Nathan has successfully represented clients in multi-day trials in the Technology and Construction Court. His technical background gives him an edge when dealing with expert evidence or claims with a scientific element.

‘His strengths are his attention to detail and being excellent on paper; he is a quality advocate.’ Legal 500 2021

Lincoln’s Inn Student of the Year (ranked 1st in year)